Any car enthusiast worth their salt understands that Volkswagen own everything, diesel is a poisonous slime, electric cars are a gimmick and automatics were first created so Americans could eat and drive simultaneously. 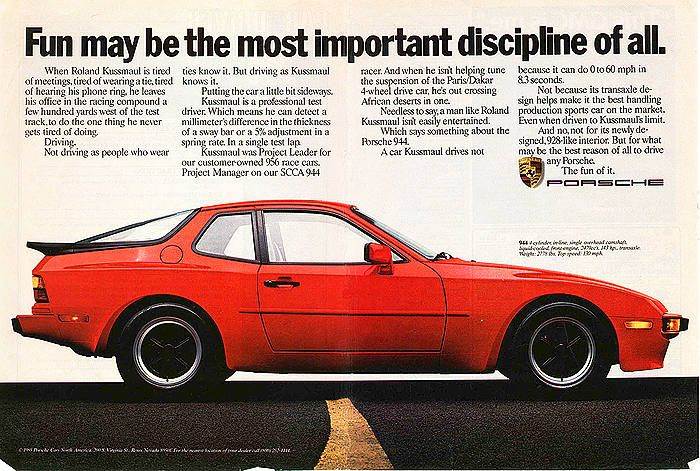 Any car enthusiast worth their salt understands that Volkswagen own everything, diesel is a poisonous slime, electric cars are a gimmick and automatics were first created so Americans could eat and drive simultaneously. For me, the scars on my arms aren’t to show everyone my struggle with first world problems but instead, each one has a story, a mark of knowledge gained through passion and determination (and often a lack of funds) to keep classic vehicles on the blacktop. Some say I’m a bit of a caretaker for these vehicles, that without something to do with a classic car, I’d probably be doing something awful, like shooting up smack. Or waiting for public transport.

The Nissan Leaf for example depreciates faster than a Bosendorfer Piano in the hands of blind removal men. My friend gleefully explained that his twelve thousand pound, second hand leaf didn’t cost him a penny to get to the Cotswolds from his apartment in the toxic hell that is London. Driving a Nissan leaf in London to combat pollution is like spitting in a volcano to extinguish it.

Today for a fraction of the price of the Nissan’s rolling tablet, you could drive an older car, maintain it yourself, care about your driving ability and stop yourself entering a life of celibacy. You could buy a Porsche 944.

Porsche engineers took an axe to the gorgeous five litre V8 from the 928, chopped it in half, and added counter-rotating balance shafts for the vibration. It drove better than a 924, stopped well and looked even better. The 944 is my current retro motor and in all honesty I really have fallen for the old girl. Brought to life by the Dutch automobile designer Harm Lagaay (responsible for the 924, 968, and 933, to name a few) he took the 924 and gave it brutal good looks. Handsome yet sexy, stylish but not excessive. What you have here is a real drivers’ car, at home on your local roads but capable of having fun on the track. Modified, the Porsche 944 can be an incredible machine, proving itself internationally in both amateur and professional racing.

There was the standard 944, the turbo, then came the S and finally the S2. Each time, Porsche made improvements, more power, both stopping and pulling, and adding to that power steering and ABS. The final revision S2 was capable of 0-60mph in 6.5 seconds and a top speed of 150mph. With handling to match the performance figures, it goes down as one of the most memorable porkers of all time.

My car is a 1984 2.5 LUX, a non power steering, non turbo, square dash model in solid black. When you walk around you’ll first note it’s pretty perfect proportions, gorgeously elegant hips at the rear, the now iconic front end with pop up’s and the period alloys from Porsche sit the car nicely on the ground. As you step closer the soft yet noticeable aroma of fuel & oil mix and for any car fan, it’s enough to make you want to get in and drive for hours.

The body was made at Audi in Neckarsulm, and the engine was manufactured at the Porsche factory in Zuffenhausen. Inside the basic model has everything a driver needs, I recognised some of the controls on the test drive from the VW Scirocco and that isn’t a bad thing. Functional, hardwearing and thankfully they don’t look out of place in the Porsche interior.

Porsche is a part of German history we can appreciate, cars so good in fact, that we can forgive them for their earliest ventures and humbly acknowledge that although we (The British) never like to give up, we can’t build and maintain a motor company for shit. We do however, produce some of the world’s best racing drivers and this can be attributed to the fact we enjoy making roads through our country that look like Korean missile launches. Blind, twisty country roads full of tractors, wildlife and fallen foliage. By the time you’re old enough to drive you’ll have been a passenger long enough to hone your reaction times and understand racing lines.

The 944, thanks to its gearing and near perfect weight distribution (50.7% front/49.3% rear), means that it is at home on both the highways and the byways. There’s good visibility too, with the long sloping rear window and a decent seating position for the windscreen, she’s a joy to drive confidently. I especially like the huge sunroof which is powered to tilt up, this gives you an awesome soundtrack without having to endure the wind rush. Whether it’s solely because the car is as old as me, or the rumours are true, the aerodynamics of the rear end of the 944 appear to bring exhaust gases rolling back towards you, even at speed. I’m hoping it is only an airflow issue and not a leak but legend has it the rear lower diffusers on the 944 were in fact an attempt by Porsche to rectify the issue.

That being said, the mix of octane and your personal choice of fragrance only serves to combine into the classic musk of a race driver and if it was good enough for James Hunt…

I often talk about these cars as if they are one of life’s best kept secrets, like mixing cereals or walking out without paying; but in reality it can be a hardship. A labour of love which has brought me to this point now. I wouldn’t recommend a Porsche 944 for your first classic car, or if you are of a nervous disposition, especially one over thirty years on from conception. Every time you turn that key in the morning and stare at the gauges, it is akin to watching the reels of a gambling machine spin uncontrollably for a few seconds before choosing your fate. Is it going to be triple sevens? Or a couple of cherries? A new oil leak or a fire? Ok fires are pretty rare but you have to bear in mind that the future of cars looks to be riding atop of explosive lithium cells and we’re also going to have enough wind farms to blow the UK closer to Europe. Things could be worse.

When a recent diagnostics was run on my 944 and then test driven, the owner of the garage described my Porsche as “Charming”. Like an ex celebrity from the TV show gladiators, her prime might have been many moons ago but everyone has to respect the impact she made at the time and lasting impression on people who watched and admired.

And that’s it, my personal retro car journey thus far, from my first love to my new lust. Next month I’ll be writing about either something from my wish list, or it could be a surprise!