The Legendary Retrowave Games of Yesteryear

Whilst we’re all waiting for CD Projekt Red to release more info about its Blade-Runner-ish new title Cyberpunk 2077, it’s worth remembering the greatest highlights of the last few games that sport the wonderful Retro-Synth aesthetic 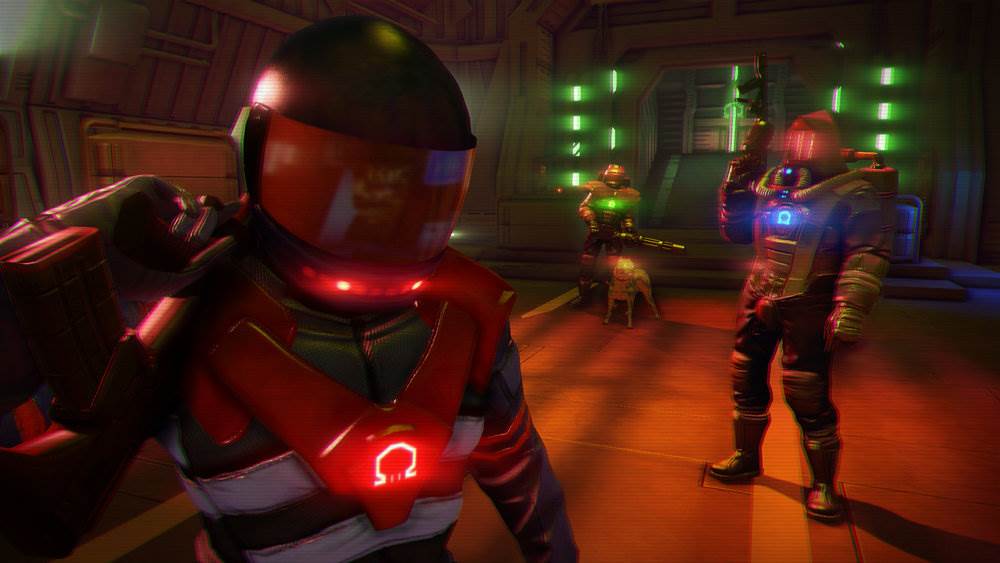 Whilst we’re all waiting for CD Projekt Red to release more info about its Blade-Runner-ish new title Cyberpunk 2077, it’s worth remembering the greatest highlights of the last few games that sport the wonderful Retro-Synth aesthetic. Because of their unique artstyle, colour, direction and soundtracks these games have lasted the test of time, and have great replay value today.

Released as a spin-off DLC sized spin on Ubisoft’s earlier released title “Far Cry 3”, Blood Dragon sports everything we love. Neon lights, sexy action, references to our favourite 80’s flicks, and best of all, a retrowave soundtrack composed by Australian duo “Power Glove”.
Although short in length, Blood Dragon makes up for everything in personality. A terrific ambient soundtrack accompanies you through your conquest of a Dystopian island occupied by warlord Sloan, set during 2007 after “Vietnam War II”. The game is laden with low brow comedy, and tasteful graphics and animation that just hits every mark.

Getting passed the reliance on Far Cry 3’s release, everything in Blood Dragon is a throw to something we’ve come to love – the badass weapons, the side-quests, VHS tapes as collector’s items and a sexy heroes journey involving a crazy amount of neon lights.

This all goes without saying the terrific soundtrack Power Glove composed for this game – it sets scenes perfectly and keeps tension to an outrun-pace, almost as if you’re watching a Neo-Topian movie, but where all the explosions and death are your doing.

It’s an amazing experience, and should definitely be picked up by any lover of the aesthetic.

Hotline Miami is a legend of indie-games. Widely acclaimed all over the world, the 2012 indie title transcends the typical mold for a game of its type.

Again, it’s everything we love. Hectic, immersive action, an art-style that reels the player in, and a soundtrack that just makes hair stand on its own, featuring artists such as M O O N, El Huervo and Perturbator. Hotline Miami is a surreal, psychedelic top-down action game, involving crazy amounts of gore and violence – if by some chance you haven’t graced this masterpiece, you need to.

Hotline Miami takes queues from drug and gore ridden movies and TV shows of the 70’s through to the 90’s. But that’s just in the creation of the aesthetic, beyond this Hotline Miami crafts its own mold of high-voltage gameplay that causes blood curdling, teeth grinding and brain frying.

The soundtrack tops it all off. If id Software’s 2016 DOOM (4) was to be praised for its action-audio synchronization, then Hotline Miami beat it to the punch. The beat-heavy, synth-ridden, guitar strumming soundtrack that plays in the background whilst you blow away at criminals and bodyguards makes you want to align every gunshot and melee strike up with the music.

This game is nothing short of a masterpiece. It’s worth your time.

Less-heard of, but definitely worth the mention, is VA-11 HALL-A, a 2016 title with a lighter tone than previous titles mentioned.

Rather than immersing the player in layers of violence, gore and chaos, VA-11 HALL-A takes a different turn, being more of a choice-based visual novel involving well drawn art, conversations, mixing drinks and a Shibe lead character. VA-11 HALL-A has a terrific immersive soundtrack, not leaning more into the Outrun scene, but functioning as a nice backdrop to the roleplay as a Cyber-Bartender. The game itself relies more on its character design and comedy, and it does both greatly.

Make no mistake, VA-11 HALL-A is no outrun-heavy action thriller where you kill everything, enjoy the sounds, love the lights and move on – it has more of a chill vibe to it. Imagine yourself behind the bar of a Neo-Tokyo cocktail bar in a dystopian, comic-y world that takes queues from sci-fi, whilst keeping up a decent comedic tone, with a lineup of memorable characters. That’s essentially what you’ve got here.

The music doesn’t speed up your cocktail shaking or anything, it’s more of an ambient thing to remind you of the setting, and it’s a great listen, and really adds to the experience.

It’s a great game, and well worth its value.

(Images from Steam, game was remastered in 2013)

No list of retrowave games can go without Deus Ex: HR. Adam Jensen’s iconic line “I Never Asked For This” is enough to reel an unsuspecting gamer into the immersive universe of Deus Ex, but under the surface level of this epic game is everything we love about our aesthetic – a brilliant storyline, awesome action, and an immersive soundtrack that traps the player in the universe of this Blade Runner-inspired epic, complimented by visuals and art style.

Deus Ex takes a more serious, narrative driven approach than the other games on this list. It bends the aesthetic in its own, unique direction, picking up an orange and murky-grey hue over bright purples and pinks. It takes massive influence from the sci-fi’s of old, creating a unique dystopian storyline,

enhanced by every element of the game – needless to say the music, but also through player choices; you don’t need to kill anybody except bosses throughout the whole game, and you are often put into tense negotiation scenes.

But back to what we love – the soundtrack. It’s insane, and creates immersive, epic tension, and reaffirms the player’s choices no matter if they’re more pacifistic, ham fisted, or an action hero type.

You definitely need to pick up this masterpiece.

Vice City was Rockstar Games’ love letter to the gritty, gory, drug ridden Miami-set action flicks of the 70’s and 80’s, taking major queues from Scarface and Miami Vice. It’s much more dated than the others on this this, but worthy of at least an honorable mention.

You’re in the control of Tommy Vercetti, a memorable player character within the Grand Theft Auto franchise, and a ruthless gangster in the drug-fuelled Vice City, based on Miami. You’ve got Lamborghini’s, Ferrari’s, Uzi’s and Helicopters at your disposal.

It’s an old game, in every respect of the title, but two elements of the game transcend age. Artstyle and soundtrack.

GTA Vice City used pinkish hues and eye-catching dominant fluoro-ish colours to enhance its graphics. Cutting edge in 2003, however less-so now, it can’t be denied that there is an aesthetic quality and personality to this game.

Soundtrack wise the same is true. Vice City doesn’t contain outrun and modern Retrowave and Synthwave artists – it’s a time-period piece. Video Killed The Radio Star, Billie Jean, classic songs that are intrinsically linked to our aesthetic make up the soundtrack to the game.
You might not appreciate it as much as somebody with sever nostalgia, but Vice City is a classic.

The games here are shining beacons of sound and artstyle. Insanely fun, beautiful in design, and well molded into their own directions, with unique soundtracks that fit perfectly.