Observer is a heavy cyberpunk themed first person survival horror from the people at Bloober Team the same folks that brought you (2016) Layers of Fear. 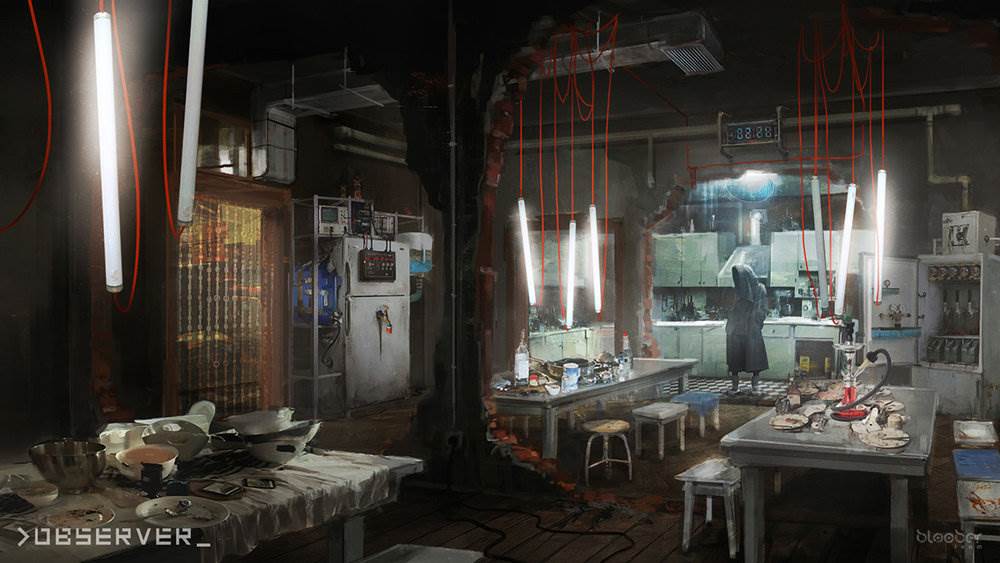 High-Tech & Lowlife and the return of the point and click.

Observer is a heavy cyberpunk themed first person survival horror from the people at Bloober Team the same folks that brought you (2016) Layers of Fear.

The story follows a detective known in the future as an Observer. Observers are a specific police unit in Poland that has the authority to hack into the minds of people to gather information. Imagine a police detective meets patriot act. The world itself is a decayed after the global economy has collapsed in the wake of a global plague and World War. Now Megacorporation’s are the power in the geo-political landscape. The tech in this game is conceptualized as being very advanced although stuck in retro aesthetics; there’s still cables and wires sticking out and littered all throughout this, what looks like low-income ghetto housing. One of the characters even has previous gen-technology littered about his dwelling. The whole place feels like it shares the same world as Blade Runner or Johnny Mnemonic. You just want to stay there and take it all in on your investigation. Unfortunately, you are for the most part only given so many places to wander through on your journey but, on rare occasions you can peek out a window, between boards, and get glimpses of the future just outside.

The obvious comparisons that can be made about this game would be to Hideo Kojima’s Snatcher game, the not to recent remake of Syndicate, Static Shock and exc. The gameplay is driven by the story and the game progresses through corridor exploration, environmental investigation and conversation with the tenants of this world. You are able to switch between your standard P.O.V. and a sort of Electro-magnetic field vision. The actual hacking feels visceral and in all honesty an invasive act to perform. Other games have tried this but either Windex the experience into a basic “here’s what happened” or some sort of Hunter S. Thompson hallucination. The voice acting is top-notch with interactions with people make up the bread and butter of this gem of a game. The writing team has carefully crafted each person with their own soul and humanity, or lack of. The lead actor here is non-other than Rutger Hauer (Blade Runner). His performance is perfect and withdrawn, just as anyone would be in this future. His palpable apathy and despair is evident from the start of the game all the way to its climax.

All in Everything and everything is everything; I give this game a definite “Buy It”. However, if you are like many casual players and you have the attention of a gnat or find this type of game not your thing, that’s okay too, feel free to watch someone else play it and submerge with both hands and feet tied into the despairing experience.

Observer (2017) from Bloober Team is worthy of your own investigations.