Fashion of childhood, thrown back in the 80s, to the melodies of half-forgotten television intros, of ones only shadows remained in memory today, looked back reanimating retro images and weaving them into the aesthetics of youth subcultures. 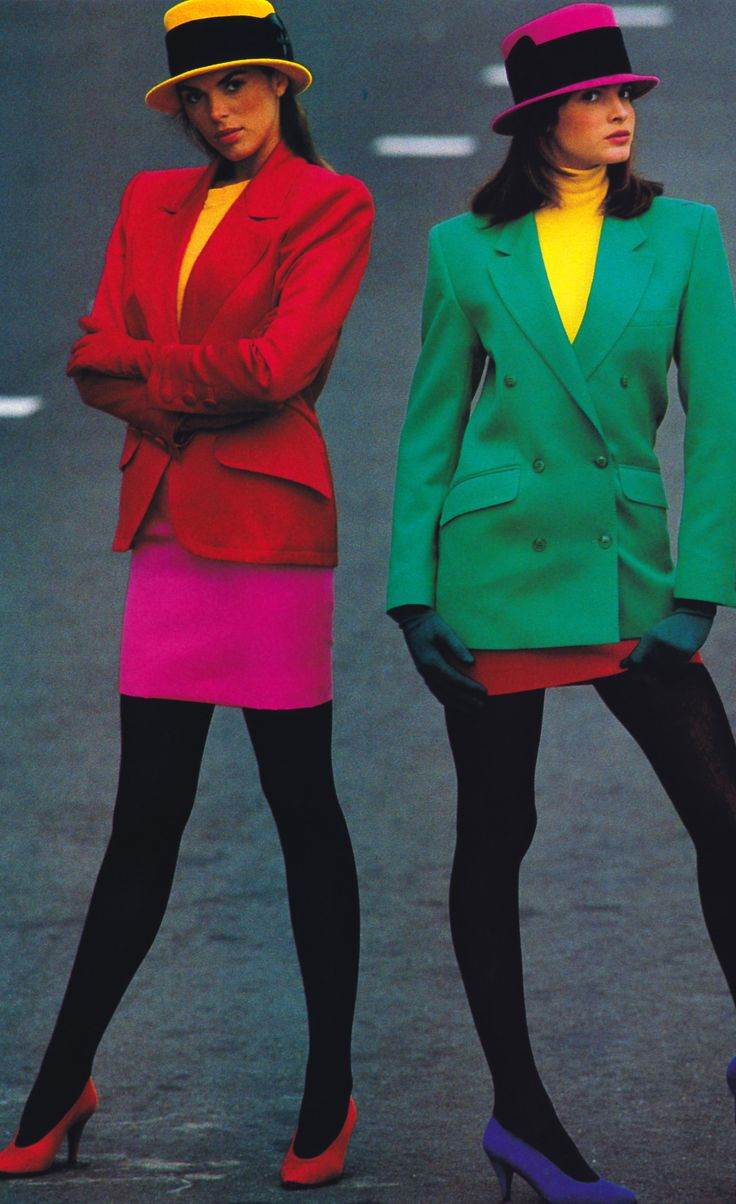 Fashion of childhood, thrown back in the 80s, to the melodies of half-forgotten television intros, of ones only shadows remained in memory today, looked back reanimating retro images and weaving them into the aesthetics of youth subcultures. Many of bright images of those days were born under the influence of the cult of a beautiful and healthy body, in the bosom of musical and dance styles, so the models of clothing resembled colourful collages. Mass and elitist, the past and the present intertwined on the “canvases”.

In the 1980s, success was achieved by those who possessed irony and could bring it into their creativity, transforming existent fashion ideas through leading them to grotesque. It was a decade of contrasts.

In the 1980s, the living classic of fashion of Yves Saint Laurent said a prophetic phrase that “we are shining a star which will soon be sunset, and only an accurate line and perfect cut will be able to save us”. The classic models of clothes that Yves Saint Laurent offered were flawlessly elegant, and the colour combinations were refined. In the 70s, the great couturier received many critical remarks about the proposed female tuxedo, but in the next decade his ideas were accepted. Trouser suits and tuxedos had been passing through a “rebirth” for the 80s.

Demonstrative consumer style made the name of a brand the determining factor in choosing clothes. It was so important that fashion-mongers ripped labels with the names of famous brands off from the inner side and changed them to the front side. Haute couture was an orchestra performing an idle oratorio, and the conductor was Christian Lacroix. In his collections costumes were combined from different eras, Mr. Lacroix combined colours whimsically, textures and patterns. In the late 80s, Lacroix was one of the most desired couturiers. He opened his own couture house in 1987, and before that he worked at Jean Patou. About the style of Christian Lacroix, called “Neo- Baroque”, they said that, like street artists, he mixed up that entire he liked or simply caught his eye. However, haute couture seemed dead when Lacroix breathed new life into it in the 80s.

In the 1980s, a fever in fitness was acquired. The concern of people with their appearance grew into the cult of a beautiful body. The introduction of Lycra made it possible to spread the tight silhouette — leggings, dresses, skirts and bodies. In sports clothes, Lycra was used first by Willy Bogner, in fashionable clothes — by Norma Kamali in the USA and Azzedine Alaïa in France.

Alaïa became a famous designer in the 1980s as the creator of the sexiest clothes. In 1980, a picture of the Depeche Mode group in black leather suits with metal rivets appeared in many magazines. In 1985, he received a prize for the best collection of prêt- à-porter. In addition to leather and Lycra, Alaïa enjoyed working with jersey. His famous jersey dress-cases fitted the body like a second skin. Success came to Thierry Mugler in 1979. His collection had an enormous impact on fashion. Structural models with accentuated broad shoulders, thin waists and rounded hips defined the silhouette of the 80’s. The models by Mugler were characterized by overt sexuality and cold sensuality.

Claude Montana created similar images — his models were inherent in androgynous sexuality. This thread passed through the fashion of the 1980s: the images were embodied by Grace Jones, Annie Lennox, Boy George, and Michael Jackson.

In the 80’s, Giorgio Armani’s career flourished. He was not only a talented creator of “expensive restraint”, but also a very successful entrepreneur. In 1981, the Italian designer played on the enthusiasm of elite for sporting lifestyle and the desire to look young at any age. A youth line “Emporio Armani” and “Armani Jeans” have been added to lines of clothing “Giorgio Armani” and “Armani Privé”. Jean-Paul Gaultier used deliberate chaos and excessive dynamics of forms in his work, also saturated colour contrasts, and brought fashion ideas to absurdity or outright ugliness with the usage combination of incompatible pieces. The High-tech collection (autumn / winter 1980-1981), made in a hooligan style, introduced Gaultier among the recognized avant-garde artists of French fashion. The Dadaism collection spring / summer of 1983 was a real sensation which strengthened Gauthier’s fame as an unpredictable French couturier. This collection had the famous style of dresses cut like corsets. Collections of men’s clothing by Gautier became the most striking symbol of the tendency to rub out the boundaries between the sexes in the era of postmodernism. In 1987, he met with Madonna in Paris and joint in making stage costumes for her. Huge popularity of Madonna made the corset style of Gauthier world famous. In 1979 Jean-Paul Gaultier released the James Bond collection (spring-summer 1980) in which he presented mini skirts, leather shorts and waistcoats.

In 1983, Franco Moschino founded the eponymous brand. Collections created under the slogan “If you can not be elegant, become extravagant” were distinguished with bright colours, usage of logos as prints, and combinations of different materials in one outfit.

In 1984, Jean-Louis Dumas, CEO of Hermès International S.A., released the first model of the Birkin bag. At the women’s Dolls collection spring-summer 1986 models of Jean-Paul Gaultier came to the podium in black satin underwear and stockings. In the mid-1980s, Azzedine Alaïa created the famous tight-fitting dress with a cloak around her head for Grace Jones.

In Europe and the United States, Japanese designers such as Yohji Yamamoto, Issey Miyake, Kenzō Takada and Rei Kawakubo became popular. They questioned all the existing values. They offered clothes of geometric shapes, kimono sleeves, and sharp colour combinations. They created a baggy fashion hiding the body. That was their unique novelty, which had never been in Western fashion before. Priority was the feeling of comfort and freedom.

Issey Miyake became the first fashion designer from the country of the rising sun who was recognized in Paris. He released his debut collection in 1963. The very first models created by Miyake shocked the public. It was difficult to classify him as a follower of Western fashion, but he could hardly be called a standard oriental designer either. His clothes were fundamentally new. From the Japanese costume traditions, the designer borrowed the desire for comfort and universalism, as well as the principle of multilayeredness and a free, wide cut. Miyake is fascinated with such geometric figures as a rectangle, a square and a circle. This fashion designer likes to use padding, as well as corrugated fabrics, to create origami clothing, which consists of folds and bends. Miyake is a fierce opponent of fasteners (zippers, straps, etc); in his opinion, they fetter the movement. When Miyake develops new clothes, he never thinks about fashion trends. He prefers to create something of his own. Although his work influences fashion and work of many other designers. For example, in 1986 he opened a store in Tokyo that he called “Permanent”. It sold the clothes of the same name line of the Miyake’s brand, and there it was possible to find the goods both from the latest collection and from earlier ones. Issey puts his work above time and fashion, so his style is close to many artists. His admirers include Miles Davis — a famous jazz musician, and Robert Rauschenberg — an artist who works in the direction of pop art.

In 1988, Issey launched the work of his new brand, which was named “Pleats Please” and in 1993 brought his owner the Order of the Legion of Honour, as well as a doctorate at the Royal College of Art in London. In creation of clothes, a neoteric technology of pleating materials was used. Issey Miyake himself invented it. The designer offered to put the ready clothes between two paper layers, and then press it with using heat. After this procedure, the fabric retained its folds, and it turned out an original, beauteous and practical product. These clothes did not need to be ironed, but one could regularly wash in a typewriter. These models were perfect for taking them on a trip.

The name of Kenzō Takada is attributed to appearance of elements of Japanese national costume in the Western world of postmodernism and the fashion to the Japanese style.  By the end of the 70’s Kenzō’s shop turned into one of the most fashionable places in the French capital. In the 80’s, he amazed the audience with his enchanting fashion shows. For example, once, in 1981, the designer surprised spectators with covering the whole square of Place des Victoires with a canvas and strewing it with sequins. The fashion designer did not leave any landmark place in all of Paris without his attention. Next to the castle in Bordeaux, Kenzō installed tents; he decorated the Pont Neuf Bridge with thousands of flowers. Catwalks were held on the hill of Trocadéro, in the famous building of exchange, the Parisian circus, the D’Orsay museum, and even the train station. In 1983, Kenzō announced the launch of the men’s clothing line of his brand. All models were made in exalted colours, and generously decorated with all kinds of patterns. In combination with striped trousers, Kenzō offered wearing a severely cut jacket, strewn with colourful flowers. In 1984, Kenzō Takada was awarded the honourary Order of Arts and Literature from the French Government, and was solemnly knighted, and in 1988 the first flavour was produced under the brand “Kenzō”.

Rei Kawakubo is known as art director of Comme des Garçons. In 1980, the Japanese designer moved to Paris. In 1981 she presented her collection at the Fashion Week. Clothes of asymmetric cut were sewn from black, gray and beige fabrics. The collection received mixed reviews: some critics called it “the apotheosis of absurdity”, and others — “a blow to the stamps”. In 1982, Rei Kawakubo became a member of the Chambre Syndicale du Prêt-à-Porter des Couturiers et des Créateurs de Mode (Trade association of ready-to-wear of couturiers and fashion designers). In 1983, Rei Kawakubo was awarded the “Mainichi Newspaper Award” from the newspaper “Mainichi”. In 1987, “Journal du Textile” called her the best designer. The creative position of Rei Kawakubo is rejection of generally accepted standards. The designer does not have affection for a certain form, material, type of fabric. Models of clothing created by Rei Kawakubo in different seasons are very different from each other. The designer’s features are elements of deconstructionism: uneven hemlines, slanting seams, elongated sleeves, inverted pockets, deformed fabrics and so on. Rei Kawakubo admits that she hates symmetry.

Images of the collections by Rei Kawakubo can be romantic and tough at once. Dome call the designer’s work “antimode”, but others, for instance, Ann Demeulemeester and Martin Marcel, talk about her “exclusivity in the fashion world”. According to Rei Kawakubo, her work is creating the things that have never existed.

Different brands were popular in different social classes. Many popular designers of the last decades of the 20th century were born in its first half, and significant, right steps on the way to success began mainly in the 60-70s. Based on the above, we can see that their ideas were readily accepted in the 1980s — in a decade of contrasts, when the world was wanted something new. The ideas of Japanese designers, famous European couturiers perfectly fitted into the aesthetics of the new decade, about which we will keep on talking. 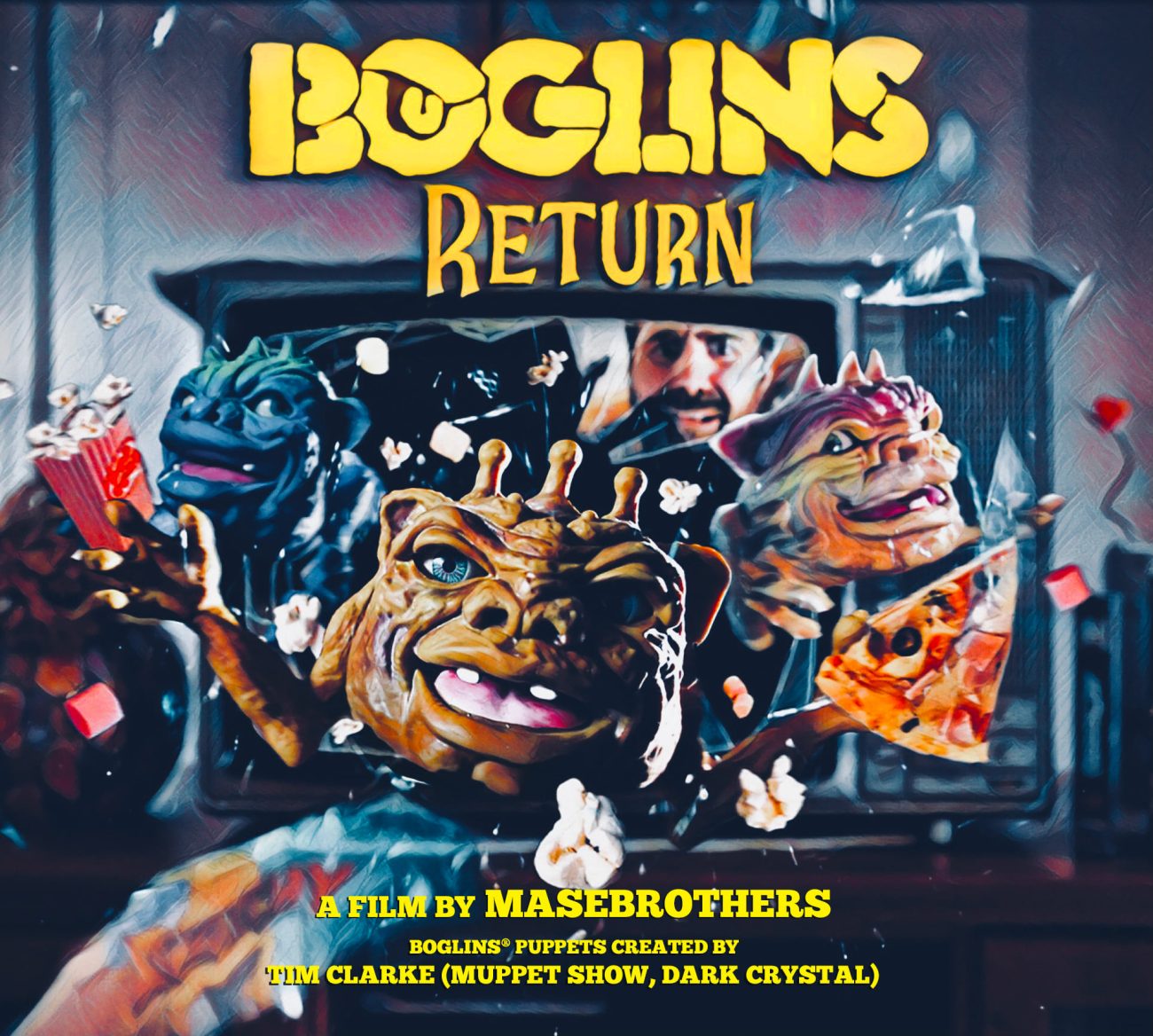