Somewhere between Richard Stanley and Mamoru Oshii and set in the same universe as a William Gibson novel from 1984 is GENESIS, a slick short film from David Placer that just premiered on YouTube. 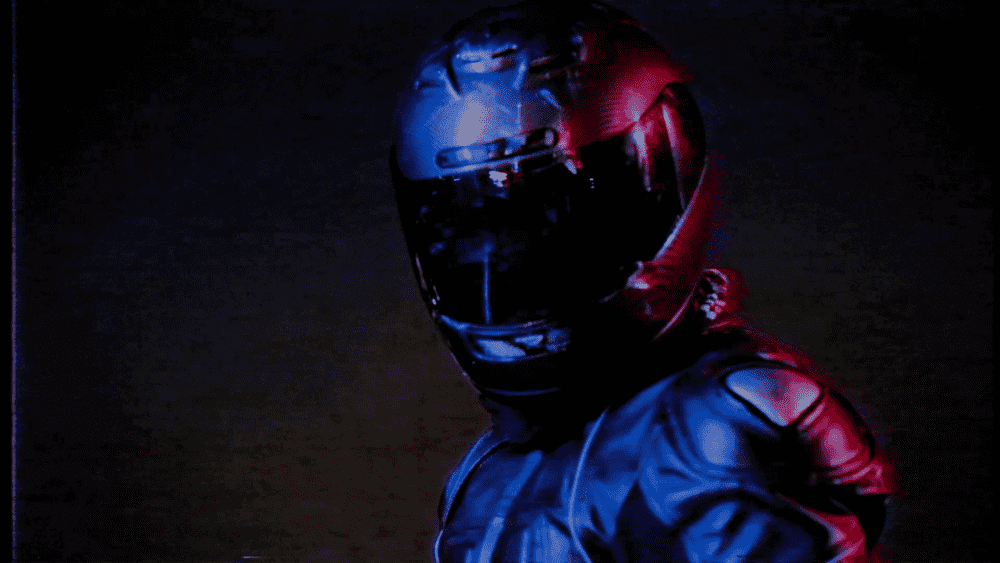 Somewhere between Richard Stanley and Mamoru Oshii and set in the same universe as a William Gibson novel from 1984 is GENESIS, a slick short film from David Placer that just premiered on youtube just a few weeks ago and already has earned a little over a thousand views and counting.

I first became aware of this film through an active cyberpunk blog Neon-Dystopia. It took no effort at all to sell me with a dialogue free plot that centers on the ideas of human or nonhuman consciousness evolving into a higher state through the mainframe of the digital matrix. The pacing is just right and the seven minute runtime neither felt rushed or forced upon me; rather it gave the piece just enough breathing room to say what it had to say in retro grandeur. And at three in the morning I was compelled to search social media for whoever was behind this film. By 8AM I found my man and decided to pick his brain.

Sam Haine:  Tell me about yourself – Where were you born? What did you do as a child that began your interest in film? Favorite things to watch on television, movies and the like?

David Placer: I´m from Madrid, Spain. As a child I loved series like “Dragon Ball” or “Knights of the Zodiac”, full of violence and blood, so they were prohibited by my parents. As I grew up, the search for violence and blood became a priority, movies like Predator or Terminator were prohibited at home, so I watched them at some friend’s house or with my grandfather, like a secret. Everything I wanted to see was prohibited, so I became obsessed with movies like “A Nightmare on Elm Street”, “Robocop”, “Conan the Barbarian”… so here is when I think started my interest in film. Sam Haine:  What were the inspirations for GENESIS?

David Placer: From mangas like Biomega (aesthetically the character of the Motorist comes from here), comic authors like Alejandro Jodorowsky and his vision of science fiction, in some way the idea of a fusion between souls in the cyberspace comes from his influence, his ideas like creation comes from pure love, that is what the Genesis character means to me. French authors like Moebius too. The idea of he perfect being that is  the character of Genesis at the end, comes from the film “The Fifth Element”.

Sam Haine: The first time I watched GENESIS, I immediately felt like I was watching a film made by the film company VIDMARK Entertainment.  Were you familiar with this company?
David Placer: Not really, more with Trimark Pictures, Canon, Orion…

Sam Haine:  I see influences from films like Hardware, Lawnmower Man, Johnny Mnemonic and most obviously Ghost in the Shell. How much did these influences help with the creation of GENESIS? What other influences did you draw from?

David Placer: The Terminator for the motorbike scenes is a good example, but is more about all the universe that exists with the 80´s movies about aesthetic, cinematographic language, characters, mood and feeling, and music.

Sam Haine: Most of the story is told through music and visuals. Who decided the music for GENESIS? The film score really cements the setting of the story.

David Placer: The composer is Siddhartha Barnhoorn, I let him know that I wanted an 80´s sound that fit with the image, and the points where the story needs more drama or action, and he did the rest, creating a music that flows with the images, I gave him some inputs, thats all. Is important the work from Dave S.Walker with the sound desing too, his sounds makes it feels real.

Sam Haine: A more direct question – Why did you make GENESIS?

David Placer: Well, I´m always doing short films or music videos, and I always wanted to do science fiction because is my favourite film genre, and when I discover all this retro wave scene years ago, all this music, a clik comes to my mind, I started to remember why I was doing this, all I loved in my childhood is very conected with this music, so I find and old but new universe where I can do the science fiction that I want to do.

Sam Haine:  Are there any future projects that you are working on?

David Placer: For my, see Genesis is to see the birth of a hero, would like to see where this hero can go now, what kind of powers she/he has, and why is in that world.

Sam Haine: What does Cyberpunk mean to you?

David Placer: The fusion between flesh and technology. To see humans develop themselves through technology.