Devilman Crybaby is coming to Netflix in 2018 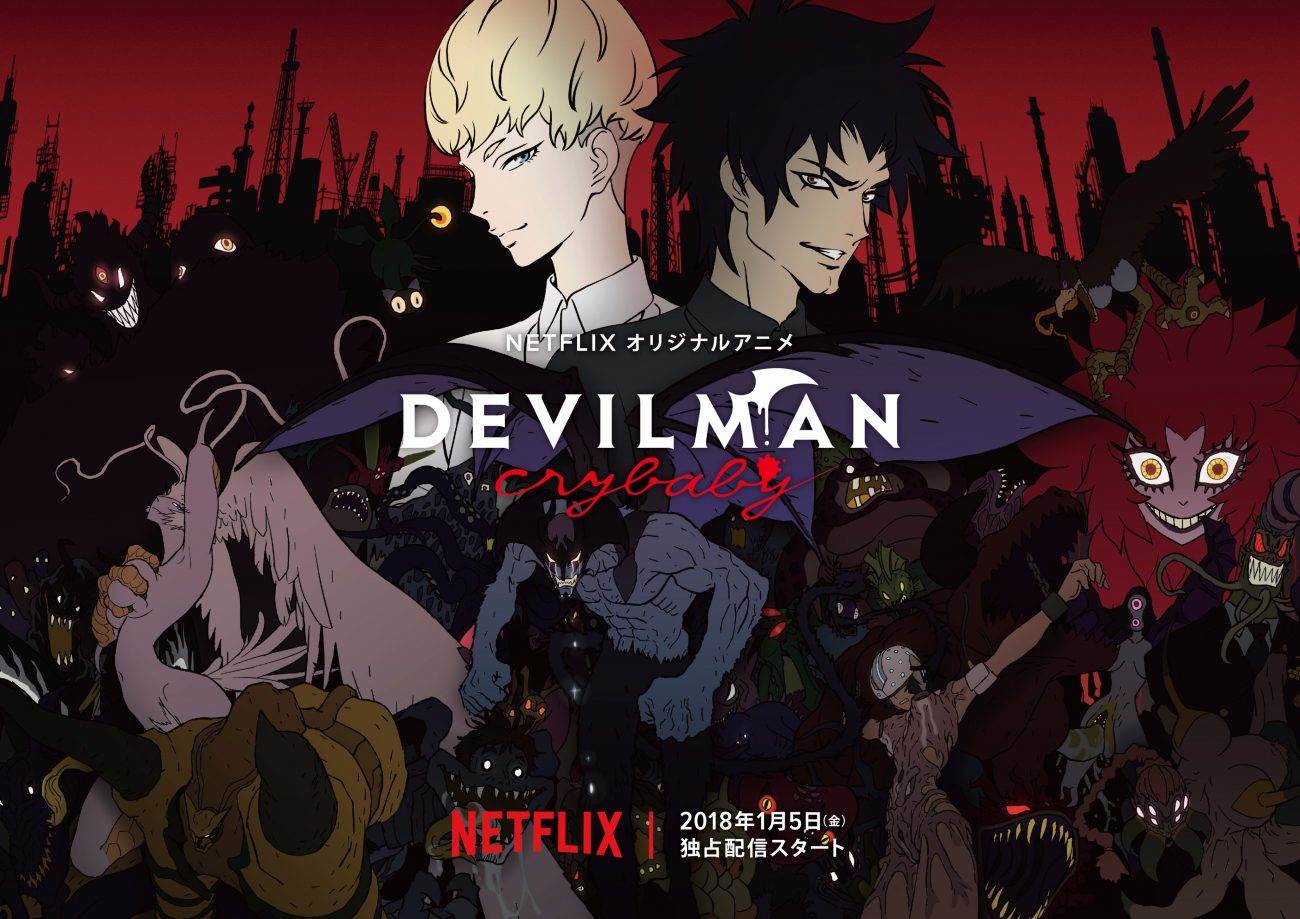 Netflix Japan has just announced a new Devilman anime with an intriguing trailer and I cant wait.

After binging on episodes of Ajin: Demi-human, which I highly recommend, I’m officially interested in anime again.

With exception to the marvelous Terror in Resonance(2014), anime the past few years has been saturated with drek and fek and childish nonsense in cat ears. A sad state of affairs.

But Ajin, the upcoming BLAME! anime and now Devilman has me, hook, line and sinker. Toonami may not be what it use to be but Netflix is definitely picking up the slack and giving all of us another place to see exclusive titles when we aren’t are on crunchyroll. Other notable titles: Attack on Titan, Tokyo Ghoul, Psycho Pass.

Serialized from 1972 to 1973 in Kodansha’s “Weekly Shonen Magazine,” “Devilman” was adapted simultaneously by Toei as a 39-episode anime series. The manga and anime have inspired numerous spinoffs, adaptations and crossovers, including a 2004 live-action film. Devilman was a manga and anime series that combined superhero tropes with supernatural horror. It was made by the famous Japanese author Go Nagai in the 1970s. It became enormously popular and influential in Japan and was later adapted in the form of a OVA and a live action movie. There was a animated crossover movie in which Devilman met another of Nagai’s famous creations, Mazinger Z.

Summary: a boy named Akira, discovers the Earth is being invaded by demons. His friend Ryo convinces him that the only way to stop the demons is to have him merge with one of them.