In an age where modern electronic music sees itself conducted by the click of a mouse (even amongst its most “old-school”-leaning producers), Austin’s Synth music scene serves as a welcome and refreshing change. 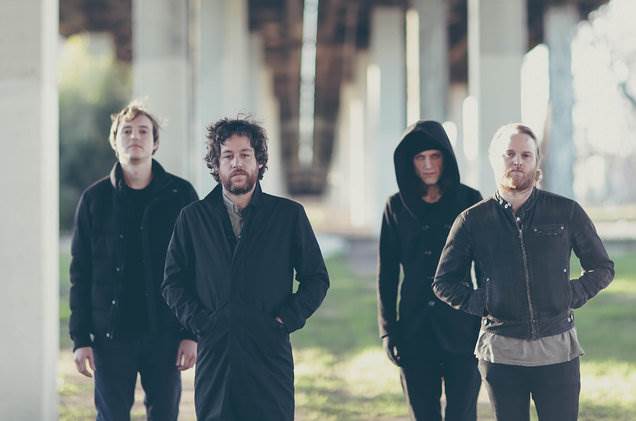 In an age where modern electronic music sees itself conducted by the click of a mouse (even amongst its most “old-school”-leaning producers), Austin’s Synth music scene serves as a welcome and refreshing change. With entertainment media with “Retro” leanings benefiting from a certain amount of popularity lately, due recognition seems to be right around the corner for Texas Synth scene, notably thanks to it’s exposure through the smash-hit series The Stranger Things and it’s Soundtrack signed by Kyle Dixon and Michael Stein, center-figures to the Austin Synth scene and one half of the synth band Survive. With Carpenter Brut’s torturous synth grooves being less than a few weeks away from being shipped over for a first taste of American blood, European Synth lovers were treated to an early trade-off treat with Survive’s very first Europe tour. As luck would have it, the first show for the quartet happened to hit Paris giving us a chance to witness the premiere to the bands’ tour. The band hit the stage after a rather awkward opening performance from a young French duo, setting up an analog synth enthusiasts’ wet dream’s worth of gear to the stage. Being admittedly a first timer at an electronic music concert conducted by analog instruments, it was hard to know what to expect (To stand before four static members stationed attentively before their instruments has potential as a boring experience, after all). Thankfully, I would come to find all worries erased and all expectations exceeded by the time the band reached song number two on their setlist.
Focused and static though they were, the band’s live performance delivered through their real-time playing and sound-sculpting proved to make up for a fascinating show.
The meticulous performance allowed for a very lively sound, eschewing the cold rigid digital sound through tempo bends and dynamic rhythms.  Of course, the stage performance would not have carried us far were it not for the masterfully crafted sound. The massive synth tones filled the room, enveloping the audience in the songs’ heavy atmosphere. Layers of sequenced bass rhythms pulsated in an infectious groove, laid atop great walls of ambience and the songs’ powerful drum backbones. The jam packed venue was treated to a 80 minute setlist effortlessly weaving tracks with tenebrous, menacing moods alongside epic, dreamy soundscapes that hit you hard with nostalgia. The synth quartet left no room for filler, leaving no breaks save for a few atmospheric interludes allowing the band to repatch and redial their synths for the next song. After such an impeccably executed set, one can only feel some slight disappointment in the lack of encore to mark the end of the night. Nevertheless, Survive’s first show in Paris certainly fulfilled its duties with its lively performance and mesmerising sounds. With a reputation that is undoubtedly set to grow exponentially over the next few years, Survive’s next live shows are something you might want to get in on before they hit the bigger stages.