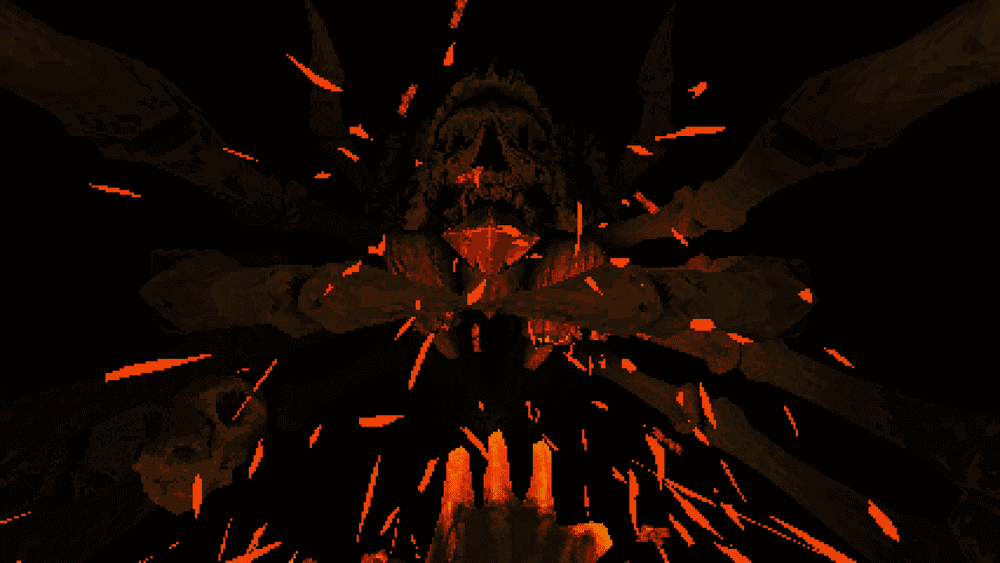 Ladies and gentlemen, I would like to preface this article by telling you all how wonderful it’s been doing the NRW Gaming thing. I started out reviewing albums here at NewRetroWave, a duty I enjoyed well enough, trust me… as fate would have it, assorted conversations and brainstorming bouts (not to mention the calm, collected guidance of our fearless leader) launched me from synthwave reviews to the rambling, manic diatribes you now see me publish about 20-30 year old console titles. Ever since small times, I have loved the classics, so getting to hurl homages to them across the Web has been a true “busman’s holiday.” Now and again, though, I get taken aback by a modern title or two… an artful, elegant blend of today’s do-anything design and the 8-16 Bit Era’s timeless aesthetic. The phenomenon has grown steadily in popularity over the past decade, and venues like Steam have provided these games with something of a podium. I am pleased to finally discuss a few of these titles – the cream of 2016’s crop – in the form of a “top ten” list.

Without further ado… let’s bite into it! Definitely cute… but far from friendly!

Let’s start with this classic-style 8 bit platformer. In the game, you play as a dude with a jack o lantern head who can spit candy corn as his weapon. You jump and struggle your way though chainsaw maniacs, undead monsters, A LOT of bats, and even skeletal wizards. The effort is truly authentic to the original style, and you can even play with a game pad if you have one. The visuals are fantastic, with twinges of Castlevania here and there. The game also features a custom chiptune soundtrack that really delivers. Halloween Forever did very well on Steam, and has established Imaginary Monsters as a firm worth watching. Upon seeing this, my first thought was, “oh, another Ghosts & Goblins clone, they should put this developer in prison.” I was very wrong. It’s like someone took that dubious title from decades ago and forged it into precious steel. It’s almost entirely different; it’s just got the same basic theme. What I liked the most about Cursed Castilla is that you can customize how the screen looks, giving it scanlines like an old TV, etc. There’s tons of different monsters, lots of power ups, and even multiple endings. Definitely worth checking out if you like a challenge and were actually a fan of G&G. It’s a farm game, and people certainly seem to love it.

Okay, this is one of the titles I haven’t played, but I had the resource of both friends and online game footage to supplement what I already knew. Apparently it’s one of those survival/crafting games, with a heavy focus on agriculture. It also has a lot of RPG elements (I’m told you can even start a family in it). It’s very SNES-looking, and there *is* a lot of detail to the game play, so I’m not surprised this game did extremely well on Steam and elsewhere in 2016. This general style of game is certainly a trend these past few years, and Stardew Valley has really capitalized on it. Daily life includes not only farm work, but mail, interaction with other characters, and mercantile ventures. Reviews from most players were glowing.

People ask you a lot of questions even though you can’t talk.

I gave this one a spin. For a game that was in development for so long, they really used that time to create and perfect a detailed world. Owlboy is an action-adventure type game, with very lush graphics and a lot of story. The controls are nice, I like the way combat works a lot, but my only major knock for this one is THERE IS A LOT OF TEXT AND DIALOG FOR A MAIN CHARACTER WHO IS BORN MUTE. Other than that, definitely worth checking out if you like a good tale interwoven with your gameplay. Parting thought: the background graphics remind me a lot of those Sierra point/click story games from the mid 90s… except nicer. Ever wanted to get into a knock-down, drag-out, pixelated gunfight? Enter the Gungeon allows you to do just that, plus it satisfies your dungeon-crawling needs as well! Pick a character and guide them down into the depths to find the treasure they all seek: a gun that can kill the past. A staggering array of monsters await you, in case you though this would be easy. Some of them are kind of cute. Some of them are a little disturbing. All of them are dangerous enough to warrant blowing away. There is, of course, an in-game economy (like any good dungeon!) in the form of merchants who’ve made the dubious decision of setting up shop in the Gungeon, so you’re not without allies. They’ll hook you up with the best they’ve got… for a fee. There’s also good stuff laying around just waiting to be found, as well! The graphics are not only retro but adorable as well, and this one’s got a playability built into it that’ll keep you coming back. In fact, the coolest thing about Enter the Gungeon is how the difficulty reactively adjusts to your skill in addition to scaling as you progress. In other words, the better you’re doing, the more the game considers really kicking your ass. Lots of homages to fantasy in pop culture, including old school D&D. Definitely worth a look!

This “Future 80s” themed title isn’t so much a driving or racing game… it’s more like a dodging game. Not to say that this makes it any less addictive. The visuals are absolutely breathtaking, and the soundtrack fits perfectly into the whole thing like a puzzle piece. I won’t sully this one with too many words, I’ll let some video speak for me.

“But Bryan, Starbound has been out forever.”

Correction. Starbound was in open beta forever. 2016 has finally given us the final release! Now it’s implemented all the delicious changes they kept testing in the unstable build, and the game is actually a game. For those of you who got tired waiting for this, COME BACK! There’s actually a story (that you can pursue more or less at your leisure), certain craft/achievement trees have been restructured in a sane fashion, and the graphics and sound are still wonderful. Explore planet after planet in pixelated glory! One of the most popular titles in its class on Steam even before it was finalized, Starbound continues to get rave reviews. Consider me one of them. I’ve expressed before my love of shoot-em-ups. I don’t review many of them because they tend to be linear, heavily focused on gameplay instead of any plot, and hard to summon up words for. Not so for this title. Bit Blaster XL is a homage to the old school titans of the genre, with plenty to offer on its own. In its basic format, the game is Asteroids. You zoom around busting things up. That’s where the similarity ends. All kinds of power ups pop out to grab, way more stuff shows up, and it’s madness for as long as you can take it. The old school graphics are perfectly complemented by a nice hybrid of new and old-style sound. Definitely worth it if you like your little spaceship shooters, and it’s not expensive at all on any platform I’ve seen offering it. You’re a badass if you even get this far within the first couple weeks of playing.

Oh man… THIS GAME… I got this the week it was released, and I was hooked. It’s incredibly simple: the game plays like an extremely confined first-person shooter. You fire little magical “daggers” out of your hands at creatures who approach you from the darkness and gradually begin to overwhelm you. It’s not about beating the game… it’s about how long you can survive. Graphics are simple but beautiful, and really capture the desired atmosphere. I’d say they remind me of the early Quake-style games more than anything. The sound is minimalist, but that works well for the horror vibe. You can see how you stack up against other players in terms of score, or you can just enjoy the mayhem. One of the best concepts to see the stage this year: simple, enduring, entertaining, and addicting.

Firstly, this one easily generated the most buzz online, even being featured on media sites like Vice. It’s been overwhelmingly popular on Steam and elsewhere since its early pre-release phases, and there’s a lot of understandable reasons why. Alex Preston and his team at Heart Machine have crafted a real masterpiece, using pixel graphics and a color scheme reminiscent of old CGA computer games as the basis for a world with great depth and character. HLD is definitely an RPG, though it has action elements throughout; fans of the Zelda series will love this just as much if not more. You guide the Drifter around a seemingly ruined world, finding sources of power and defeating dangerous foes while unlocking bits of what may have happened in the past. There is no spoken dialogue; HLD tells an amazing story simply with its music and breathtaking visuals. The game truly is a work of art, and was worth waiting for.

We’ve seen a lot come and go in retro gaming these past few years, and needless to say 2016 has been a busy one. As it nears its end, we can only look forward and hope that 2017 holds as much for us… if not more. Happy holiday season, RetroFans.

Special thanks to D.J. and B.H. for comparing notes with me and sharing your knowledge. With your input, I was able to work more swiftly and thoroughly than I could have alone.