in my nostalgic haze I bring to you this well unknown or forgotten artifact. The full audiobook of Tim Burton’s 1989 box office smash hit BATMAN, adapted from the movie tie-in novelization of the film written by Craig Shaw. When I was a young boy during the time I lived in the South and just before I almost died by hanging from the top of a bunk bed, I was a quiet mischievous little bastard that would waste no unsupervised time to raid my older cousins room for toys and old 80’s horror comics such as Fright Night. Robotech VF’s were my favorites; as were the full Voltron sets both the lions and the vehicles. However, nothing held my attention hostage like those old storybook & companion audio cassettes adaptations of big Hollywood blockbusters.

One of those preserved memories was of me spending hours and hours listening to the Indiana Jones and the Temple of Doom audio cassette. This audio cassette was packed with dialogue, film score and additional narration and invoking the theater of the mind in me. Whatever wasn’t seen was imagined from the sound effects, music and writing, truly great times.

This may have been the initial inspiration for me to begin recording random mixtapes throughout my childhood. I would play my uncle’s SEGA Master System with games such as Rocky, Rambo, Space and Harrier all day. I’d play these games with my uncle’s boom box in a chair next to mine with the record button pushed down so I could record my color commentary of what was happening; filling in the details of gameplay. From that, I moved on to record random songs, noises, static, talk-radio and whatevers from the old family Fisher stereo system. Obviously leading up to these present days where I record, mix and arrange my own albums and featured spoken word performances on other artists projects just as the recent release, “Future City Dating Service” with JK47 – https://jaykay47.bandcamp.com/album/future-city-dating-service 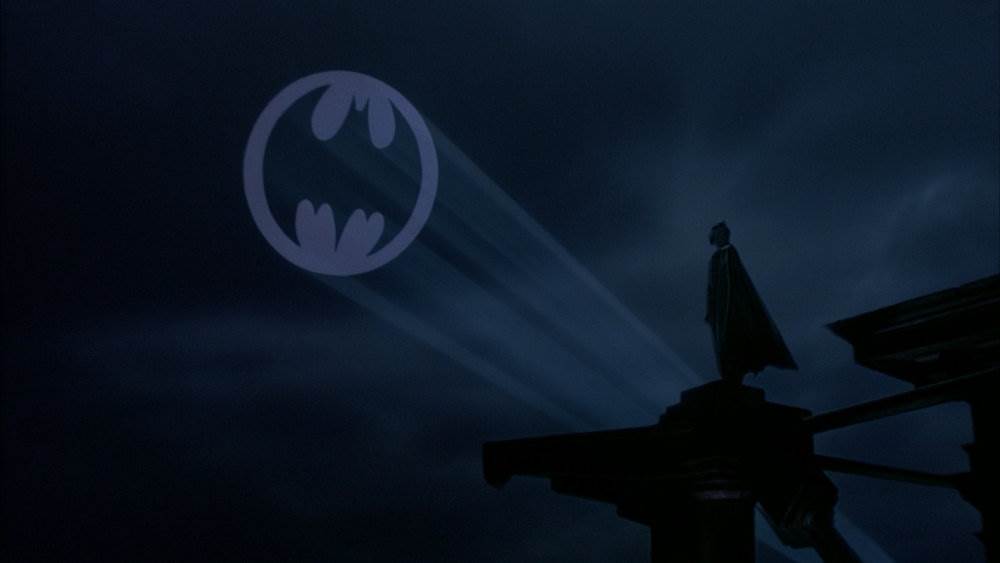 So in my nostalgic haze I bring to you this well unknown or forgotten artifact. The full audiobook of Tim Burton’s 1989 box office smash hit BATMAN, adapted from the movie tie-in novelization of the film written by Craig Shaw. Craig Shaw Gardner has written such books as the Dragon Circle (beginning with DRAGON SLEEPING) and the Changeling Saga (starting with THE CHANGELING WAR). He has also collected a bunch of his horror stories into a book called A COLD WIND IN JULY. Craig has also done a whole bunch of media tie-in projects over the years, the most popular of which was the New York Times bestselling novelization of BATMAN (the Tim Burton version). As a part of this project, Craig actually got to walk around Gotham City (or at least the set at the movie studio.) Alas, they would not let him sit in the Batmobile.

This novelization that was produced features “Fearless Vampire Killer” Peter Vincent (Roddy McDowall, R.I.P. 17 September 1928 – 3 October 1998) reading the novel in a very theatrical vocal performance. Roddy McDowall stands alone as he captures the mood and pacing of the film.

Note the novelization also features scenes that were cut from the theatrical release. Including the horse riding scene that was filmed with Sean Young (who was originally cast as Vicki Vale) before she injured herself and was replaced by Kim Basinger.

This is one of those oddball finds from the surface web that I am sure will give you a better feeling about the past and enrich the memories of those that remember with fuzzy nostalgia.

So here it is – BATMAN (89) the audiobook performance of the novelization by Criag Shaw based on a story by Sam Hamm and screenplay by Sam Hamm and Warren Skaaren. And read by Roddy McDowall (Fright Night 1&2, the original Planet of the Apes, Batman the series, Cleopatra, Class of 1984).

Keep your fingers on that rewind button, retro boppers.