An Interview with Scandroid

Having teased us as early as 2013 with the launch of a cryptic promotional website, Detroit-based electronic music producer Klayton is finally putting our wait to an end with the release of Scandroid’s self-titled debut album. 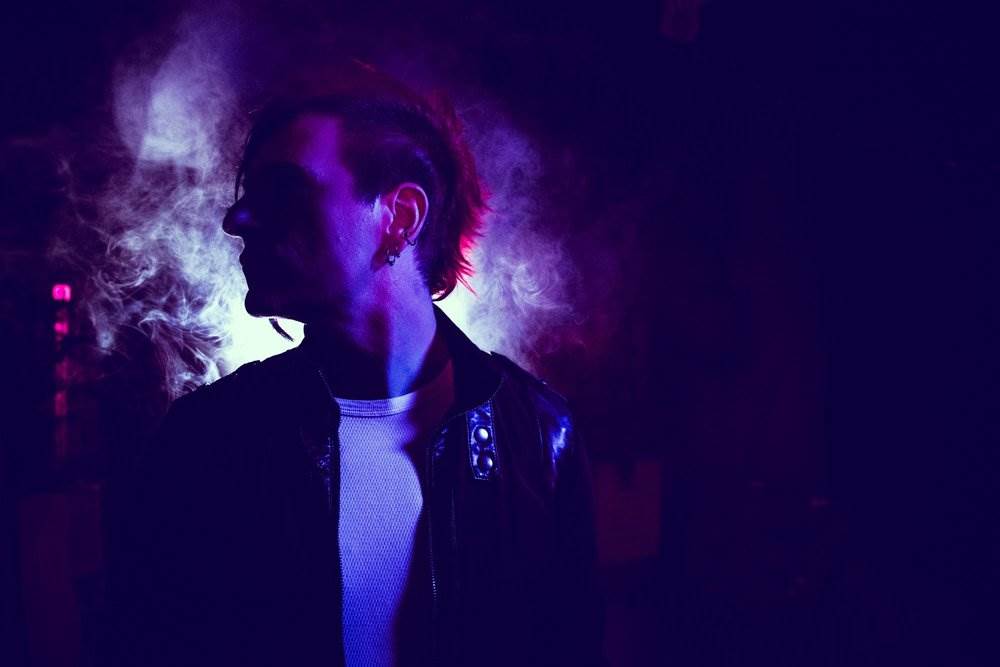 Having teased us as early as 2013 with the launch of a cryptic promotional website, Detroit-based electronic music producer Klayton is finally putting our wait to an end with the release of Scandroid’s self-titled debut album. Kicking things off with 15 tracks clocking at 72 minutes, Klayton has certainly not been slacking off during these past few years since the projects’ unveiling, demonstrating his ability to renew and adapt his creative output towards a retro-oriented sound. Described as a “Love Letter to the 80s’”, the sound of Scandroid is a retro-futuristic, action-packed hoverbike ride through dystopian landscapes and metropoles and a surefire go-to for anyone with a thirst for modern electronic music fused with a retro twist. Having just released the record, Klayton was kind enough to answer a few questions regarding his latest creative endaveour.

First off, in what context did this newest project come into existence?
I was a child of the 80s. Although I played in metal bands, I really listened to mostly New Wave. I had always wanted to make New Wave music, but already had musical projects going that were much heavier and couldn’t find a good place to fit in. I just ended up creating lots of demos that got buried in time.

I released a Sci-Fi novel a few years ago, called “Blackstar” which was based off themes from my Celldweller album “Wish Upon a Blackstar.” I decided that I wanted to score for the novel to help people get into a vibe while they read the book. I knew this was finally my excuse to start making some of the 80s synthesizer music I had loved, so that’s what I did. The “Blackstar” album was instrumental and after it was done I knew I wanted to take the next step and do more blatantly 80s styled music, but with vocals. Scandroid was born. Now I finally had the excuse I needed to cover “Shout” by Tears for Fears like I had been wanting to do since I heard the song on US radio in 1985. (I just finished shooting a music video for this song, which will be out mid-November.)

So this debut album has been 3 years in the making, with the first single dating back to 2013. Why such a gap between the singles and the album release?
I was fitting Scandroid in between many other projects, so I would get a single done, then move onto a bunch of other things until I had another window to work on another song. Between my other musical projects (Celldweller & Circle of Dust) my audio software company (Refractor Audio) Clothing company (Outland) and my Record label (FiXT) there is always a lot to do. I also scored a full feature film (The Dunes) during this time as well as worked on scores for other feature films (Teenage Mutant Ninja Turtles – Out of the Shadows, The Last Witch Hunter and the upcoming Deepwater Horizon to name a few.)

Has this shift towards a new, retro-oriented aesthetic present itself as a challenging one or merely a change of atmosphere and setting?
I don’t find it as much of a challenge, but rather an oasis in my desert. I actually have so much fun creating Scandroid, because any musical restrictions I put on myself for my other projects are lifted, and I can make this anything I want. I’ve been wanting to make this music SINCE the 80s, so you can imagine how happy I was to finally hit a point in my career where I could justify doing it. The timing worked out perfectly too since there is such an incredible resurgence the 80s sound and style coming back into popular culture. If Doc Brown were here right now, I believe he’d say “GREAT SCOTT!!”

Could you tell us a little more about the changes in setup (software/hardware) you’ve had to make specifically for the needs of this project?
I was really excited to change my production arsenal for this album. I deliberately wanted to use all my hardware synthesizers and drum machines. I used my modular synthesizers a bit, but most of the sounds on the album were generated from classic synthesizers like my Roland Juno 106 and Juno 60, 2 Sequential Circuits Prophet 600s, Alesis HR16 Drum Machine and Roland System 100M. I used some of my new synthesizers as well (Dave Smith and Tom Oberheim OB-6, Korg MS20 Mini  & Yamaha Reface CS, which is a recreation of the classic CS-80 made popular in Vangelis’ “Blade Runner” score.) I used a few of my old cassette 4 tracks for sound design, which i’ve missed quite a bit. Everything does sound so digital now that I had forgotten all the things I loved (and hated) about cassettes. I cracked out a bunch of old guitar pedals too for some live guitar and basslines on the album.

I didn’t do much sound design with software at all. Most software was just for mixing, like EQs and Reverbs. The beautiful part of it was I would dial in a sound and then record it in. I couldn’t change it much after that so it forced me to commit to my decisions, which helped me write the songs more quickly than normal. The album seems to carry a few underlying themes throughout. Can you elaborate a little more about what the album is about? Would it be fair to call this a concept-record?
It would be fair to say that. I never start thinking “I’m going to make a concept album” but unfortunately I can’t help but create worlds. Since my childhood I’ve had a very active imagination and when I started making music I was creating sounds for imaginary visuals that I was seeing in my head. World building was something I naturally gravitated towards when I created music so my albums generally do tend to be themed and conceptual.

I have a few storylines on the album. A main character “Red” (who happens to be my clone, 500 years in the future.) He lives in old Tokyo and Neo–Tokyo is a rebuilt version of the city that hovers above old Tokyo. Only the elite and rich can afford to live in Neo-Tokyo so Red, walks the empty streets of old Tokyo, surviving alone. He finally does meet his love interest, Aphelion and a few songs are interactions between them. At the same time the common worker androids of the day hit a critical moment in time, where one android ATOM 7K becomes sentient. He then seeks to wake another android, E.E.V. so together they can begin waking the other androids from their robotic slumber, freeing them from the slavery the humans have put them under. Unfortunately it sounds a lot more trite when I type out these descriptions, but when you listen to the album it will make much more sense 🙂

Given your multiple active projects, what can one expect from Klayton after the release of this record?
I’ve just finished a new album for my first musical project I had in the 90s “Circle of Dust.” It’s a much more guitar oriented album, with it’s roots in industrial music, which I loved in the 80s & 90s as well.

There will be a new Scandroid release in 2017.  I’ve already got great remixes from Waveshaper, Dance with the Dead, GosT, Pylot, Daniel Deluxe and Dnotive. I am working on some brand-new unreleased tracks and will be releasing what I hope to be a full length album mid next year.

There are a few Celldweller singles awaiting release and full documentary “Start of an Empire” which documents the making of my last Celldweller album “End of an Empire.” There is film score work coming up for me as well, which will keep me busy. Never a dull moment in my world and I wouldn’t have it any other way. 🙂

To finish off : Could you name (one of) your favorite Album, Movie and Book?
Favorite album, The Cure – Disintegration
Favorite Movie – Blade Runner
Favorite Book – Dune by Frank Herbert