An Adventure in Synthwave

The whole outing felt very ritualistic; we were excited to be part of something special. 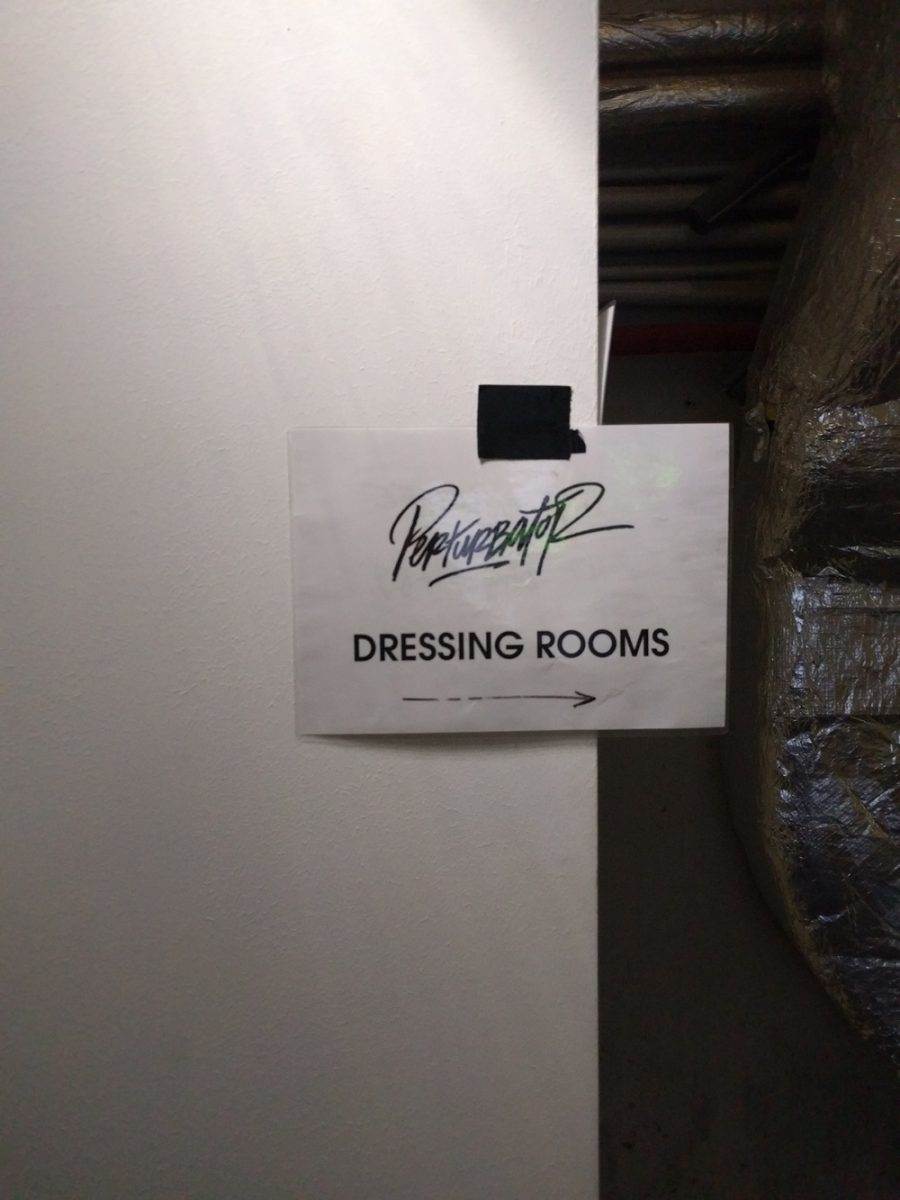 The reaction I got from the first several people (including the artists themselves, in fact) I told that I would be traveling approximately 4200 miles across the Atlantic for the sole purpose of attending a Synthwave show was essentially the same; “Wow, what, really? That’s awesome and kind of insane.” Turns out, they were correct; this show and this experience was absolutely insane and worth every literal and metaphorical penny. It took me a while to write this up, but I needed some time to let it soak in.

See, this wasn’t just any random show; it featured 3 of my absolute favorite artists in the genre; Perturbator, GosT, and Dan Terminus. Once the tour was announced, I knew I needed to make this pilgrimage. I knew it would be fulfilling, crazy, inspiring, and generally wonderful for my well-being and artistic pleasure. The decision to attend this tour was simple (one could say the decision was made for me), so it was just a matter of figuring out which city I wanted to visit. Vienna worked perfectly well for me since I had visited over 15 years ago and had always wanted to return.

Once everything was booked (the easy part), I just had to wait. But quickly on I thought to myself, “If I am going all the way over there to see this tour, I should make some sort of project around this.” Musical writing and covering shows is something I did before, so I decided I’d write about this in some shape or form. So I reached out to New Retro Wave about the opportunity, and began by interviewing GosT and Dan Terminus. I had the pleasure of spending over an hour on Skype with GosT discussing everything from inspirations, past show experiences (which just made me giddy with excitement and anticipation for this one!) and even awful 90’s metal fashion like Jncos (and their apparent resurgence).

Friday, March 25th. I arrive in Vienna after a night of very little sleep on my flight over from NYC. My day is a game of coffee drinking and tricks to play on myself to keep from falling asleep, but it turns out the general excitement of my journey makes it moot; too much energy! Before traveling I had befriended an Austrian fellow who was making the trip with some friends to see the show, so we decided to meet up at a venue called Escape Metal Corner where there would be a show after party the next night. Over the course of several hours we threw back beers, discussed how excited we were for the show, and also our general enthusiasm for this movement; Synthwave/Darkwave was all we could talk about. The fans dedication to this is pretty incredible, evidenced by my travels, as well as this guy’s dedication to the cause by making himself his own custom Perturbator jacket: 
“The whole outing felt very ritualistic; we were excited to be part of something special.”

Saturday the 26th: day of show. I go eat things and see things to kill time before I needed to show up. Eventually, I made my way, while listening to (naturally) my Darkwave warmup playlist, walking along the river to the Grelle Forelle venue, situated in an odd corner and pretty hidden from the street. Just finding the venue itself was a mini adventure. Since I was (graciously) granted guest list access and would be hanging with Perturbator, GosT, and Dan T backstage I got there very early, and was lucky enough to watch the setup and initial sound checks. The lighting and sound were pretty fucking killer, couldn’t wait to hear and see this live! Eventually I spotted Perturbator (James) and introduced myself. He (and everyone I ended up meeting) was extremely pleasant, fun, and all around a very nice guy. He took me backstage and introduced me to the rest of the crew, and we sat down to chat. We decided that we could do some interviews once Perturbator finished his soundcheck. I reassured them that the “boring” interview questions were out of the way, and had even gone out of my way to create some pretty ridiculous questions for laughs; they appreciated this and seemed to be quite tired of the regular old “who are your inspirations questions.” In any case, we had time to kill (a few hours) so we commenced beer drinking and listening to random music. Which led to …

No interview at all! Once we hit a certain threshold, we decided that an interview would be boring and instead, I should just write about hanging out with them, which turned out to be hilarious, incredible, fun, and frankly stupid. Turns out that I had a ton in common with all these guys from our collective love of heavier music, to random similarities in our youth to food choices. We went on a tear listening to some of our favorite nü metal artists like Limp Bizkit and Korn, cheesy indie rock, and hardcore. There was a lot of pseudo-moshing happening in that back room. The whole evening went something like this:

* Tommy runs back downstairs to see another set

* Essentially repeat the above for 4 hours

Overall, the sets themselves were all epic, high-energy, and full of spontaneity and passion; all of these guys put on an absolute clinic, winning over the crowds and creating an experience that is really hard to describe; it was unlike any show I had ever attended before and left me dizzy for weeks afterwards. It was literally very difficult for me to put into words exactly what these shows were like. I can only hope they can get over to the States more often now as I have now had just a taste and am already craving more. The bar has now been substantially raised for me for live music.

Oh, did I mention there was an after-party? There was indeed an after party. We made our way (Perturbator included) back to the Escape Metal Corner again for some additional DJs spinning Synthwave. Here the dancing and revelry continued with aplomb, as the place was packed with concertgoers and was no less packed when I finally decided to leave around 4:30 a.m. The energy from the concert spilled over into that smaller yet very loud venue, bodies jumping up and down, heads nodding, fists continuing to pump viciously. Sunday the 27th, I sleep a lot, then spend my last few hours in Vienna by roaming around Zentralfriedhof, an amazing cemetery, with another fellow I had met at the show the night before. This has been a constant theme for me, meeting passionate, fun, nice, friendly people as I start getting more into this music and that’s something I could not say for many other genres I have gotten into. Both the fans and the artists themselves, which seems to really set Synthwave apart; its authenticity and sheer joy that it gives its creators and listeners.

I’ve already booked my next trip to see Carpenter Brut in the Ukraine in September. I am pretty sure that is also going to be insane. I cannot wait.