Behind The Music – Arcade High interview

Returning to the forefront of the retro music scene, Arcade High have just released their third and latest full-length effort, titled Kingdom 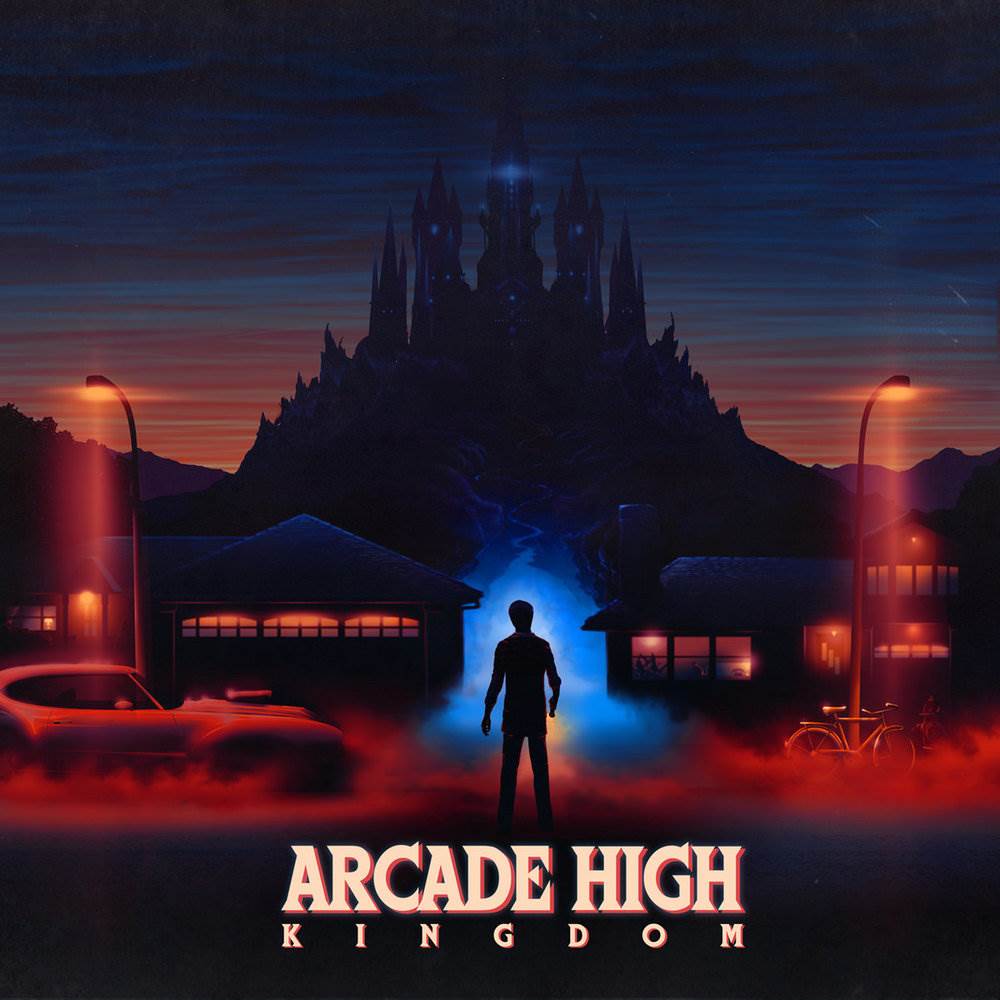 Returning to the forefront of the retro music scene, Arcade High have just released their third and latest full-length effort, titled Kingdom through Telefuture(https://telefuturenow.bandcamp.com/album/kingdom).

For those who were patiently awaiting news from the project, the wait has been worth it and then some. With its sweet chiptunes sounds, sunny synth melodies and funky, dance-enforcing grooves, Kingdom is a record that brilliantly combines all that you’ve come to love about “retro-flavoured” music all the while crafting a finely composed record and an overall fun listen. While the music undeniably delves in the realm of retro genres such as Chiptune, Synthwave and Synth-pop, using these sonic textures as the basis of their sound, the music ventures beyond these mere codes in favour of compositional strength, which is what sets Kingdom appart from its peers and makes it such a strong creative effort. A few weeks ago, I got a chance to catch up with the duo to discuss about their background, the record as well as their perspective on the retro music scene.

– First off, could you tell us a bit about your musical background as well as your background with 8-bit media and chiptune?

Patrick: I’ve been playing guitar over half of my life, and I did six or seven years as a rock bassist. I had no connection to anything 8-bit or Chiptune before joining Arcade High, besides the noises that filled my childhood.

Ryan: I’ve been playing guitar since I was a young teenager and my father has been into music all his life so I suppose I got the music bug from him. I didn’t fall into creating any kind of video game style / chip tune sounds until I created Arcade High. Even then, I barely knew what chiptune even was, I just knew I loved the sounds from my childhood and wanted to capture that creatively.

– What do 8-bit sounds evoke to you musically?

Patrick: They bring me back to being a kid, sitting around in my room on a rainy day, sinking into a vinyl beanbag chair, playing the latest game I rented. They trigger raw emotion in my head somehow, that way. A triangle wave playing a beautiful melody can still stop me in my tracks.

Ryan: Yeah, it brings me back to the sleep-overs with friends where you would stay up all night trying to beat that one game.

– Could you give us a few insights as to the gear and software you use to shape the sound of Arcade High?

Patrick & Ryan: We have a 5k iMac and 2 different Macbook Pros all running Logic X, we use whatever the situation calls for. We had a moment where we were going through audio interfaces like paper, so for right now we’re working with a Focusrite Scarlett 2i4.  We mostly craft the skeleton of the song completely in the box. Logic X comes with some killer software. When we decide the track needs something more, we record vocals or guitar parts from our humble yet strong armada of guitars and microphones we’ve collected separately over our lives. Most recently, we’ve purchased a Juno 106 and a Dave Smith Instruments Prophet 8, both from Betamaxx, who is a friend of ours. Thanks Betamaxx! – To get to your upcoming release, Kingdom. For those who haven’t heard the album yet, what can fans expect from this 3rd full-length effort?

Ryan: That’s about the heart of it there. We jokingly called the album “Pulpwave” while creating it because it was inspired by old pulp horror novels from the 70s and 80s.

– Could you tell us about the concept behind the record?

Patrick & Ryan: Basically there’s this unnamed main character who gets denied by the neighbourhood dream girl and begins to disillusion real life with video game fantasies and daydreams. But once things pick up, shit hits the fan and our main character begins to make a series of bad decisions while having the best of intentions.

– You originally started out as a one-man project, though with this 3rd album, you are now working as a 2-piece. How has this lineup expansion changed the dynamic when it comes to songwriting?

Ryan: The dynamic has changed drastically, for the better. It’s so liberating to not be stuck inside your own head and creative mindset. Having that extra person to bounce ideas off of and tell you something sounds like garbage is awesome. (laughs) It enables you to view things from a completely different angle, one that you probably wouldn’t have even considered otherwise.

-You’ve also released a superb music video for Cool Inc. (https://www.youtube.com/watch?v=XvCwLCF2LcM). Could you explain the idea behind this video? And who is the Gynoid character that comes in at round 3? Patrick: We didn’t write the video concept, we asked the film team to come up with something. We loved the idea and were blown away by the execution. That said, the Youtube community took to it rather aggressively to say the least. The idea was, we’re watching as these grubby, gross guys assert power over captured females in a post-apocalyptic scenario. They stand guard as they force the women to work out to this 80’s-styled workout tape. As it turns out, the fitness instructor/centerpiece of the workout tape has gone on this bizarre quest to perfect the female form, and is trying to find other candidates/test subjects. She comes in at Round 3 to try and regain control of her…. ‘factory’.

Ryan: Yeah, it was written and directed by a buddy of mine, Bailey Donovan, who I graduated from film school with. The reception to it has been entertaining to say the least. The themes of it are centered around body image and perfection, hence the mannequins, gynoid, workout video, etc.

– You self-identify your sound as belonging to the Synthwave genre. What is your relationship and involvement with the Synthwave scene?

Patrick: Lots of Synthwave publications/communities seem to truly love us, and go out of their way to support us. It’s very touching. As an individual, I’d like to participate in the scene in any way possible.

Ryan: In the beginning of Arcade High, I was heavily involved on several forums, but since then I’ve slowly dropped off. I still want to be involved in any way I can, but personally I feel the scene has passed me by. I just hope the community can embrace our progressive sound.

– What is your point of view on the current state of “retro” music (such as Synthwave)?

Patrick:  I think that a lot of hit radio singles are embracing more and more 80’s stylings and tones, and I’m hoping that this community becomes ‘discovered’ by the masses as the frontrunners. I can’t be alone in thinking that many artists in the scene would be a household name if only that ‘discovered’ bubble would pop.

Ryan: I’ll be honest and say I feel it’s pretty stale. I’m with Patrick though in that I would like the scene to continue to grow and get noticed by the wider public, but I feel the scene has become so saturated with tropes and clichés. There are still a handful of artists, and a few who are up and coming that make me excited for the scene and where it’s going.

– Being an internet-born musical aesthetic and community, what is it that most excites you about this new “digitally”-based scene and way of operating?

Patrick & Ryan: Dude, we’re making music on machines that NASA could have only dreamed of when they were getting to the moon. We can contort and manipulate audio to our complete will. We can instantaneously share our work with the world. It’s a powerful feeling, anybody can make something like this and hand it to the world. This is why we’ll be picking back up big time on our Synthwave Tutorials for Logic X on Youtube. – If you could bring back something from the 80s’ what would it be?

Patrick: The Pontiac Fiero. No exceptions. Shut up.

– Name one of your favorite albums, movies and books.

Patrick: Dream Theater’s ‘Scenes from a Memory’, Inception,  and I loathe myself because I don’t read. I do own a copy of The Stray Shopping Carts of Eastern North America: A Guide to Field Identification by Julian Montague. It’s been a life saver on more than one occasion.

Ryan: That’s a hard one, but I’ll go with the first ones that come to mind. Mitch Murder – In The News, Alien (1979), The Search For Joseph Tully by William Hallahan. 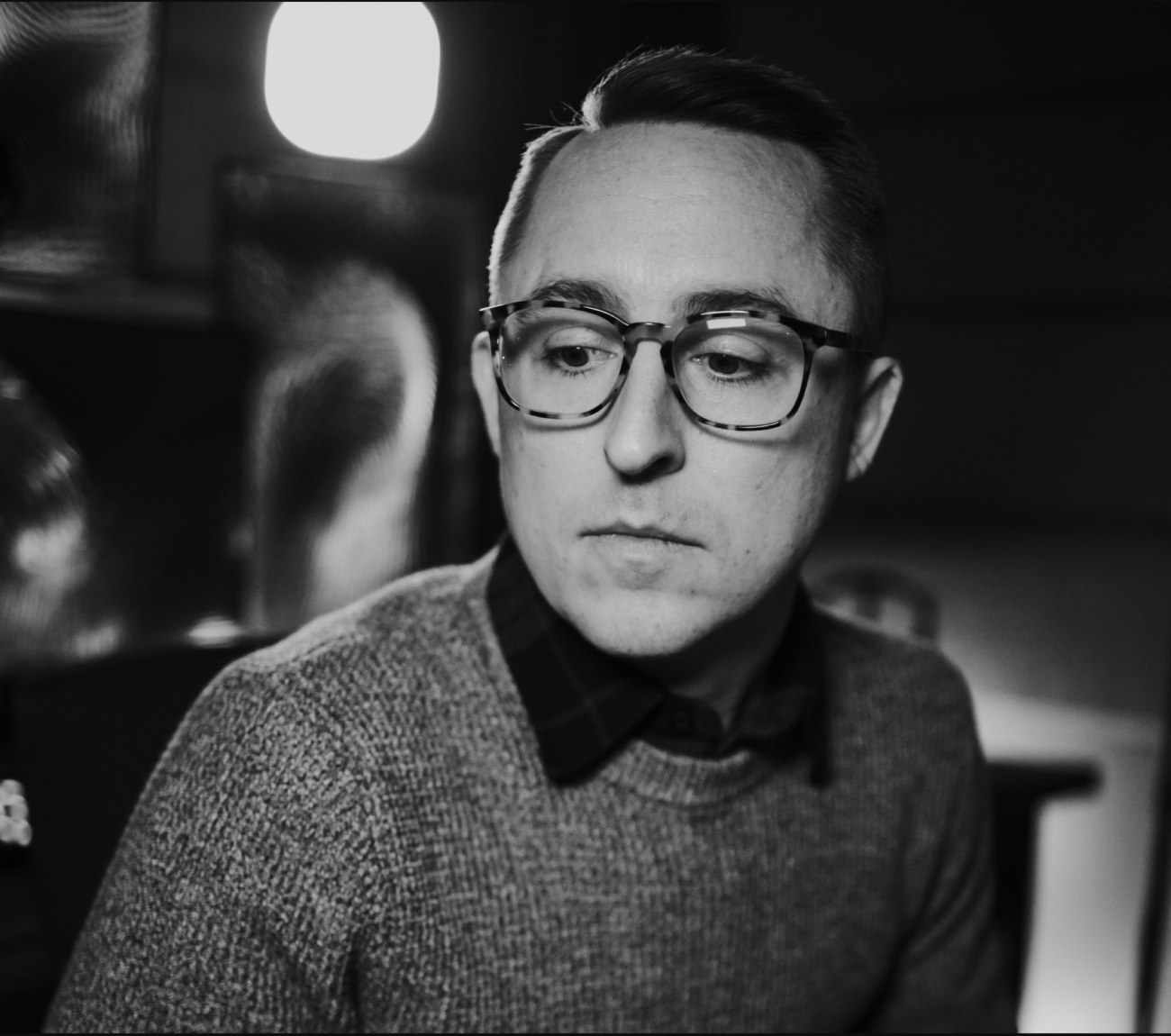 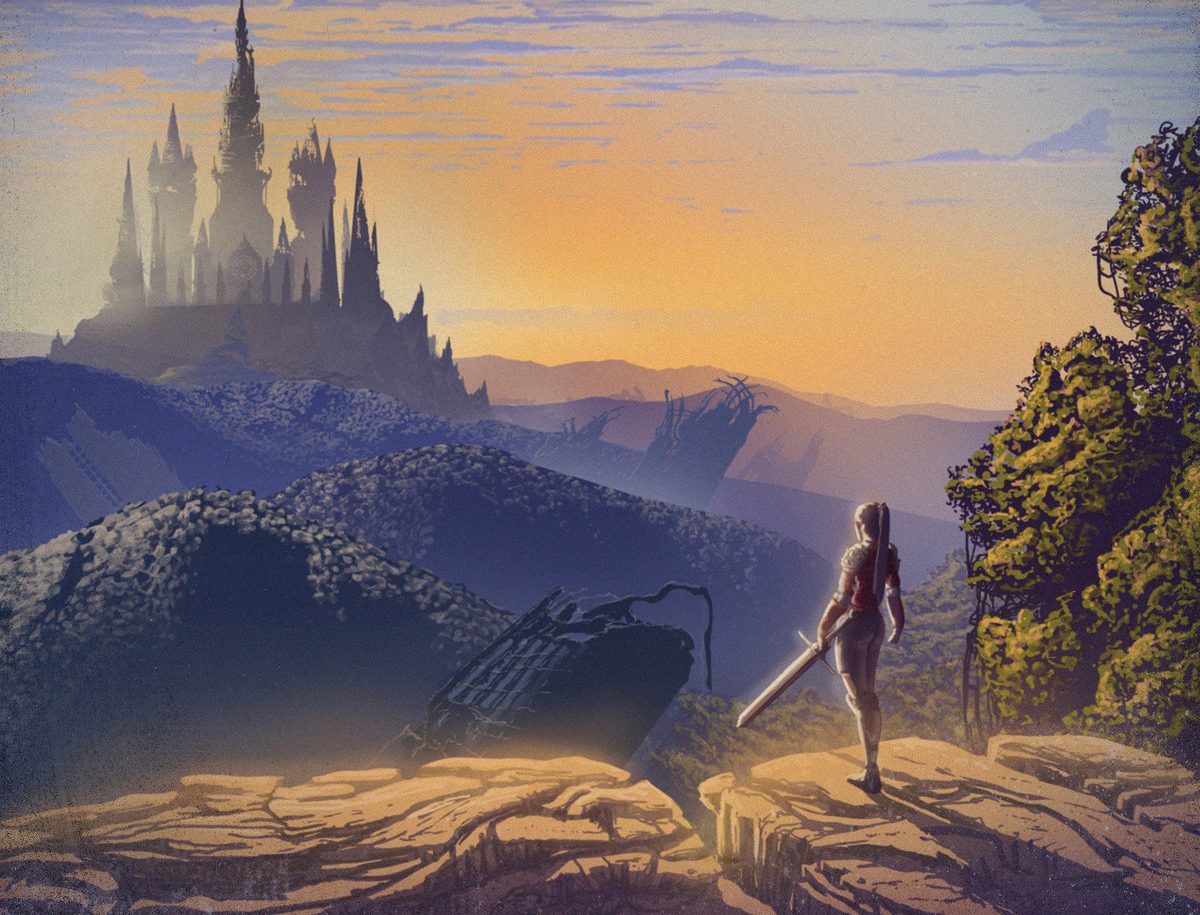