Home / Home  / News  / An Interview with GosT and Dan Terminus

An Interview with GosT and Dan Terminus

I find myself drawn to this type of music and imagery for some pretty obvious reasons; I grew up in the 80’s. 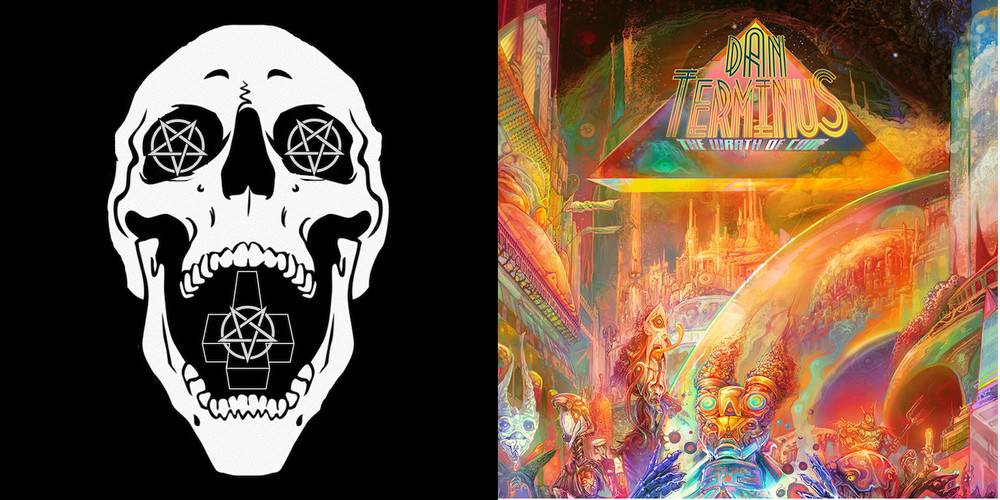 I find myself drawn to this type of music and imagery for some pretty obvious reasons; I grew up in the 80’s. I loved the glory days of Horror like Friday the 13th, Halloween and Nightmare on Elm Street. Critters was my favorite movie for many years. Transformers, Voltron, Knight Rider all hold special places in my heart and I will never shake those influences. Also, being a huge metalhead doesn’t hurt. Darkness and blood and skulls run rampant in the darker corners of Synthwave. My wardrobe is 90% black with the rest pretty gaudy neon-colored things that I only wear on special occasions. So you can see why I might freak out and think this music is basically a mixture of all the things most influential to my upbringing that also comprise a big portion of my personality to this date. I have no choice but to love this music. How did GosT and Dan T get into it?

GosT: It was around 2006/2007 when I was first trying to make music on a computer. I heard College, Minitel Rose, all those guys on Valerie Collective, they’re kind of the originators, Kavinsky was starting around the same time, and so I heard that and I liked it; but I was really into Justice’s sound. So I tried to make that for a long time, then I started making Synthwave. As I did that, I started getting better at production and go to where I could do what Justice was doing at the time. It just came together.

Dan T: I started making music electronic music with an Atari 520STe, a 4 tracks tracker and a bunch of 3.5 floppy disks containing samples. I was making tracks for me, just for the fun of putting sounds together. Then I said it could be fun taking my music to another level of production, so I started doing things more seriously.

Sharing this music with other people has already become a passion of mine. I put together a best of *Wave 2015 Soundcloud playlist early this year, and have pretty aggressively distributed it to friends, who themselves have then distributed it even further. Many times a week I email/chat/text/Tweet songs to people; and I literally have never once gotten pushback or a “hey why are you sending me crappy music!” responses; people seem to universally love this music.

And that brings me to another point; as of now, I feel like I’m on a bit of an island of Synthwave all by my lonesome; I know that I personally love this music, and my friends are becoming converts, but what about all the other fans themselves? What is the scene like? Where can I get into said scene? Specifically as an American, it seems like there really isn’t a super strong scene over here just yet.

Dan T: The synthwave scene was born on the internet, just like so many other trends and styles. It’s a good thing because anybody can now start something without having to struggle to get it out there. As of today, a lot of producers are doing this kind of music for fun, uploading on a website and sharing their songs with whoever wants to give it a listen.

GosT:  In Europe we play to like 800 people. In America we play to like 50. You know how things are here, everything’s so spread out, and it takes people here longer to grasp things; or maybe they’re just unwilling I guess is a better way of putting it; you know people here get set in their ways and so when you’re like “check this shit out!” they’re like “oh yeah I’ve heard something like that before”. There’s just so much separation between the working class musician and what people pay attention to in America. It’s pretty weird.

I have literally never been as excited for a show as I am for this one. I had not one single reservation about booking a flight and trip to Europe just to see this show. That if anything shows you how powerful I feel like this scene and movement is right now. It’s kind of scary, but in a positively invigorating way.

I am what I consider a music tourist. I have traveled around the country and Europe for shows and festivals of all shapes and sizes. This year I’ll be attending my 6th straight Roadburn Festival to celebrate doom and psychedelic stoner metal. I have gone to what I refer to as “big dumb metal festivals” like Hellfest and Wacken. So I thoroughly enjoy traveling for the sake of music, experiencing new live music environments, and interacting with people. I have even attended mainstream electronic shows like Mad Decent Block Party and have seen acts like Justice, Daft Punk multiple times live. I’ve also attended tons of great hip hop shows. But nothing quite like this before, so what is it going to be like?

Dan T: I don’t know. The concerts I played at were crazy, with a bunch of metalheads headbanging like crazy, while some girls were dancing to tunes like “Death By Distortion”. I enjoyed every second of it. So I hope everyone enjoys it as much as I do.

GosT: It’s a huge modgepodge of shit man. It’s just a smorgasbord of people and everyone is super fucking nice, everybody seems to get along really well and everybody’s super nice to us.

RE: the fans: Dan T: Absolutely the best. Really. It’s always a pleasure and a great honor to know my music is a part of somebody’s life. I’m grateful for that. Their dedication is remarkable. I received some very touching emails from fans who told me how my music had helped them get through harsh times. Once this happens in your life, you know you can lay down and die right now. It’s the ultimate compliment.

So far, Synthwave has reinvigorated my love for music, and more importantly to me, really inspired to start creating music again. I have been in and out of punk/metal bands since I was in high school, but as of late have hit a bit of a snag in productivity and general motivation. Something about the autonomy of production and also just the general excitement I get from the music itself has me feeling a second wind in life as a musician.

All in all, I’m excited to immerse myself into the brave new world of where electronic music is progressing these days. I am incredibly excited to experience seeing 3 of my absolute favorite artists in this genre all perform together to a large crowd in Austria on a Saturday night. My excitement might only be bested by the artists’ excitement themselves …

Dan T: Everything. It’s like having all the good sides of touring, without the bad sides. I mean, there’s just me on stage with a bunch of virtual synthesizers, a controller, a MIDI keyboard and that’s it. So that’s not like your big five-guys black metal band + amp heads and cabinets + restringing guitars every night etc etc; it’s much easier for everyone!

I also find it very exciting to go on tour and shake hands, meet people who enjoy my music. Communicating on the internet is a good thing, but meeting people in real life is what I prefer! I want to shake hands and talk with the fans, I want to know what people think of this tour, I want to talk with people about what they liked and disliked.

GosT: Playing to sold out crowds, it’s fucking weird to me, still. Actually having people take care of me, everything’s taken care of you, and you know, shit that you never get when you’re playing metal and that you never think you’re gonna get, so; that and I love Dan Terminus and Perturbator, they’re great dudes so it’ll be fun. But yeah, I think the main thing is just playing to people who care which is insane.

One additional thing that I wanted to mention that I noticed while starting to dig into Perturbator/GosT/Dan Terminus was that they all have releases being distributed through Blood Music, an awesome electronic/metal label based in Finland, run by essentially a single guy who I have had the pleasure of communicating with who seems like he is working nonstop by the activity on Facebook, Twitter, etc. So I wanted to ask GosT about this, and what impact he has had so far on the scene:

GosT: He absolutely works harder than anyone realizes. When he signed me, and we were working on Behemoth, it was a collection of tracks that at first was gonna be an EP, and I just sent him a bunch of shit and he loved it and for like 2 or 3 months he emailed me every 5 minutes about it ’til we got it right, and you know he’s got so many other things going on but I can never tell he’s got other things going on because of how constantly he works and when you see the new Perturbator release and the new GosT release especially following up the huge Emperor release there’s no way people are gonna be able to deny how much he works. People are so weird about the “I gotta have it right now thing”, it kind of sucks because you know with true craft like this guy puts into it, you’re gonna get like the best record, the best artwork, the best I mean layout of the tracks, everything is down to the smallest detail, scrutinized over all by himself. So I don’t think he gets enough credit for that and I just gotta say, if it wasn’t for him, we wouldn’t be doing what we’re doing.

So let’s see what happens in Vienna. This is going to be stupid fun, and I intend to enjoy myself to the fullest. This writing has the feel of something serious, but deep down this entire movement and scene to me is about having fun and dancing and grooving and partying, all the best things in life. Stay tuned for more!