You didn’t think I was going to spotlight old school cyberpunk films and media without mentioning the contribution of Japanese animation? 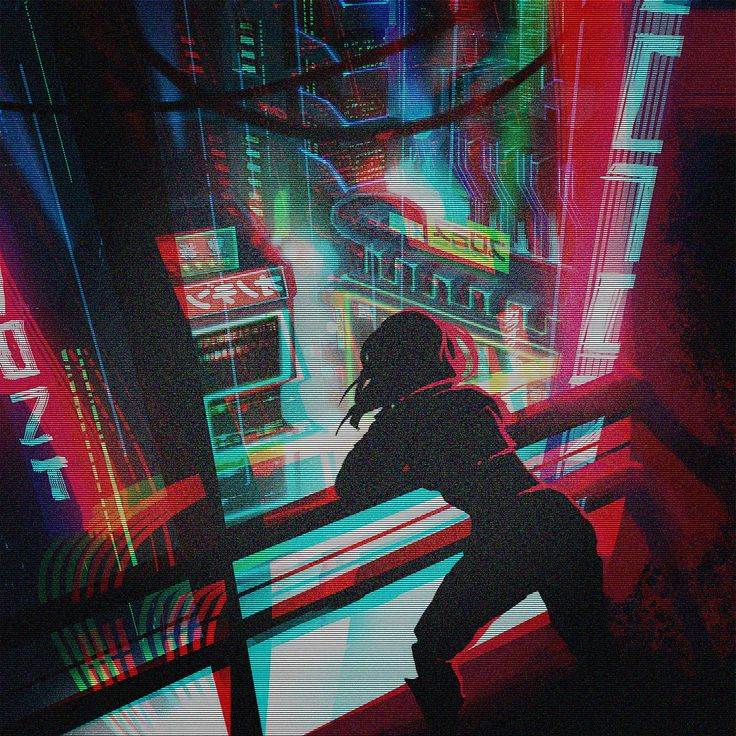 You didn’t think I was going to spotlight old school cyberpunk films and media without mentioning the contribution of Japanese animation?

Since the early 80’s the Japanese have been cranking out stories about Technology gone wild and the dystopian infrastructure of the genre. Although from a different point of view; the Japanese being the only people ever attacked by atomic energy weapons and having to rebuild their society from the ashes into the capitalist power player that it is now. It’s only fitting that a lot of subversive and allegorical stories come from a place like the Land of the Rising Sun. AKIRA, the anime classic from 1988, based on the first act of the massive 6 volume manga masterpiece illustrated and drawn by Katsuhiro Otomo who happens to be the film’s director. A reaction to post WWII japan after the dawning of the atomic, Akira tells the story of Kaneda and Tetsuo as they are thrust into a conspiracy of government conspiracies, cults, social unrest and technological heights. This film single handedly spread the anime into America. The film has garnered a large following as a cult film since its theatrical release, and is widely considered to be a landmark in Japanese animation. It is considered by many critics to be one of the greatest animated and science fiction movies of all time. A cyberpunk-style adaptation of the manga of the same name created by, acclaimed master of Japanese Cyberpunk, Masamune Shirow. The anime takes place in a non-determined future, produced by Bandai Visual in 1988 and animated by Gainax. The anime departs greatly from the manga’s storyline, sharing only the characters and setting. The Japanese manga series written and illustrated by Masamune Shirow follows the adventures of ESWAT members Deunan Knute and Briareos Hecatonchires in Olympus. Like much of Masamune’s work, Appleseed merges elements of the cyberpunk and mecha genres with a heavy dose of politics, philosophy, and sociology. The series spans four volumes, released between 1985 and 1989. It has been adapted into an OVA, three feature films, a 13 episode TV series, and two video games. A 1990-1991 cyberpunk original video animation. It was directed by Yoshiaki Kawajiri. Set in the year 2808 in the city of Oedo (Tokyo), it tells the story of three criminals who are enlisted into fighting crime in exchange for reduced sentences. They are Sengoku, an anti-social maverick, Gogol, a mohawk wearing hacker, and Benten, an androgynous bishōnen. Most people will remember this airing on MTV’s Liquid Television, before learning that it was part of an anime anthology feature. It was dark and brooding and had little to no dialogue. It was delicious eye candy. The story of a famous racer in a high speed stock car controlled by willpower racing the race of his life, when every contender falls behind and the only competition is his own mortality. “Running Man”was written for the screen and directed by Yoshiaki Kawajiri, with character design and animation direction by Kawajiri, mechanical design by Takashi Watabe and Satoshi Kumagai, key animation by Shinji Ōtsuka, Nobumasa Shinkawa, Toshio Kawaguchi and Kengo Inagaki and art direction by Katsushi Aoki. Is a Japanese manga written and illustrated by Masamune Shirow. Set in the fictional city of Newport, Japan, in a future in which bacteria as well as air pollution have become so severe that people must wear gas masks when outdoors, the series follows a police squadron that uses military-style tanks.  The OVA is a four-part prequel to the manga, leading up to Buaku’s discovery of Greenpeace. New Dominion Tank Police appears to be a direct sequel to the original manga, right down to where Leona’s Bonaparte is a different color, and minor differences to its body, showing when she had to rebuild it after the initial Bonaparte’s destruction. This anime also shows the first animated incarnation of the Fuchikoma, which originally appeared in Masamune’s Ghost in the Shell manga. Tank Police Team Tank S.W.A.T. 01 takes place near the events of the Conflict arc, the ‘pumas begin as members of the police department. Unlike in the manga, however, it seems that they don’t need to shrink down in order to fit into the driver’s section of the tanks. No relation to Otomo’s AKIRA, Tetsuo: The Iron Man is a 1989 Japanese cyberpunk film by cult-film director Shinya Tsukamoto produced by Japan Home Video. It is a fantasy shot in the same low-budget, underground-production style as his first two films. Tetsuo established Tsukamoto internationally and created his worldwide cult following. It was followed by Tetsuo II: Body Hammer (1992) and Tetsuo: The Bullet Man (2009). All films dealing subversively with technology infesting and infiltrating our daily life, much like viruses, changing the ways we view ourselves and interact with each other as the destruction of the individual slowly sets in; meanwhile the surface elements and films themselves all are off the wall, unconventional sci-fi gems with elements of body horror. The Kerberos Saga is a military science fiction franchise and alternate history universe created by the Japanese writer and filmmaker Mamoru Oshii in 1986. The saga is centered on the fictitious Tokyo police Special Armed Garrison which emblem and nickname is Kerberos (a.k.a. Cerberus), the mythological three-headed watchdog of hell. Before it was officially renamed “Kerberos Saga” circa 2004, it was known as the “Kerberos series”. It consists of works based on Oshii’s original story spanning in various media including feature films, radio dramas, comic books, animation films and monographs. Two of those live action features: The Red Spectacles (1987) & Stray Dogs: Kerberos Panzer Cop (1991) was directed by Oshii himself and are an odd mix of silent shots, comedy and film styles that might perplex the casual audience. However, 1999’s Jin-Roh: The Wolf Brigade directed by Hiroyuki Okiura was a straight forward take on Oshii’s Kerberos Saga. Jin-Roh earned a somewhat cult following upon release and gained some praise from critics. Interest in the franchise was rekindled in the west and Dark Horse comics reprinted some of the manga issues, a few years after the anime’s release. Ghost in the Shell is a Japanese media franchise originally published as a seinen manga series of the same name written and illustrated by Masamune Shirow. The manga, first serialized in 1989 under the subtitle of The Ghost in the Shell, and later published as its own tankōbon volumes by Kodansha, told the story of the fictional counter-cyberterrorist organization Public Security Section 9, led by protagonist Major Motoko Kusanagi, in the mid-21st century of Japan. Possibly Masamune Shirow’s most successful creation, Ghost in the Shell has become the standard in modern anime and cyberpunk. Animation studio Production I.G has produced several different anime adaptations of Ghost in the Shell, starting with the 1995 film of the same name, telling the story of Section 9’s investigation of the Puppet Master. The television series Ghost in the Shell: Stand Alone Complex followed in 2002, telling an alternate story from the manga and first film, featuring Section 9’s investigations of government corruption in the Laughing Man and Individual Eleven incidents. The year 2013 saw the start of the Ghost in the Shell: Arise original video animation (OVA) series, consisting of four episodes through mid-2014. The series will be recompiled in early 2015 as a television series titled Kōkaku Kidōtai: Arise – Alternative Architecture, airing with an additional two episodes. An animated feature film produced by most of the Arise staff, titled Ghost in the Shell: The New Movie was released on June 20, 2015. Sam Haine is simply a writer born on the East Coast who enjoys cooking. He is the contributor of the monthly Retro Movie Review and the recurring ‘Remember This…’ column. He is the creator and writer of Hainesville (facebook.com/allhailming), has released three spoken word albums + one Electro-house single, and provides Cult Fiction to Cult Classic Goods.