Nearly two years after his debut single, we still don’t know a lot more about Trevor Something’s true identity. However, on his third LP, Death Dream, that was just released, we are allowed a small glimpse into who he REALLY is. Nearly two years after his debut single, we still don’t know a lot more about Trevor Something’s true identity. However, on his third LP, Death Dream, that was just released, we are allowed a small glimpse into who he REALLY is.

While the first two albums served to flesh out the foundation for his mythos of a faceless, promiscuous, party-weary producer that came from the dead, this third one sees Trevor step further into the dark parts of his soul and offers his findings to the world.

It gives a human touch to his synthetic persona and – it should be said right away– makes for one of the top synthwave albums of the year.

This year was one of the strongest yet for the retro synth scene, yet expectedly there’s a lot of forgettable material too. Trevor Something blows all that out of the water with a sound that is as much a quintessential example of the genre, as is personal and his very own.

At a time when the scene has probably never seen so many producers and releases, Death Dream comes as a soothing breath of fresh air and really reinforces Trevor as lone-wolf in a league of his own among the dime-a-dozen me-too productions.

The album opens up with the haunting rhyme of If I Die and you immediately know you’re not in the sex, drugs and discotheque zone anymore. “If I die tonight in my sleep, I prey (sic) the lord my soul to take”, croons Trevor and you can feel chills going up your spine.

Could Trevor be turning religious? Ah, but no: “But if I already lost my faith, Would it be to late?“, he adds. Still, this is probably the first time we’re seeing Trevor this vulnerable and it immediately changes the paradigm.

The Possession segues from the opener nicely, and while Trevor contemplates the nature of one of his relationships, playing on the double meaning of the word „possession“. All the while, musically we’re in the dark synth territory, with a rumbling, sawblade-ish bass and the feeling of being at an abandoned industrial plant.

Brain Waves immediately breaks the mold, keeping just the overall dark tones but doing away with percussion altogether. The scene we might envision is of the shuddering realization of being the last person on Earth. Maybe Trevor is saying that’s price of being a living myth: being completely alone in the world?

With The Touch of Your Skin we’re back in the more club-ready waters. With the bassline that might have been borrowed from Perturbator, Trevor assumes the role of a predatory observer serenading his object of his desire.

Someone newer to Trevor’s modus operandi might be slightly annoyed with his monotone, droning vocals but at a certain point you accept it as one of the basic principles when you enter his world. His vocals are not so much vocals in the traditional pop song sense, but an instrument track in its own right that can be just appreciated for it’s color and consistency.

It sounds insincere giving someone this much praise, but Trevor really doesn’t hesitate with switching things up and playing with expectations. The following track, Artificial Feelings, shows the more melodic side to his new shadowy sound but with plenty of unexpected chops and breaks and a playful attitude towards atonality.

It’s nice to see someone not just emulating the core of what makes up the synthwave sound, but also not being afraid to deconstruct it and use it as something new.

Run Away gets closest to the club sound and definitely steers away from the tenets of the genre. It sounds more like a bonus track from Power Glove’s second album. This is a track you would hear in a dark cyberpunk disco.

Your Sex is a Dream, previously released as a single and as part of the The 80’s Dream Compilation Tape – Vol. 3 by NewRetroWave, is the most conventional basic-Trevor track of the album.

But it serves only to trick you as it’s immediately followed by the uber trippy Analogue Soul. The equally trippy album teaser video featuring this track is still haunting me weeks after it appeared. Who did we see in that vid by the way? Was it really Trevor? The track itself really shows the playful side of Trevor what with the disturbing pitch change that goes well with the stalker lyrics.

Can You Feel It is another typical Trevor number, a track celebrating debauchery and the sensory pleasure of drugs.

And right after that we’re back in the indescribable territory, with what seems to be a deconstruction of the phone ring sound and plays – unintentionally? – as a throwback to Hotline Miami.

Staring at the Sun and No One Knows Your Name are two chillwave-ish tracks that come next and drive us to the end of the album. It seems appropriate to start closing the album with a track called Trip where Trevor beckons you/me/them to come on a lil old road trip with him – only to realize we’ve been on a very, very unique trip for the last 40 or so minutes.

The very last track, is an abrupt return into the darker vestiges of Trevor’s soul. It seems despite the euphoria displayed only a couple of tracks ago, there’s something darker behind Trevor’s self-destructive escapades. Could we be seeing something like… regret? The wish to be saved? At the very least Trevor seems to have come to terms he does need a little bit more: someone or something.

Not as a producer though, as with this release Trevor deeply entrenches himself as a “gold standard of synthwave” to quote a YouTube commenter.

Trevor’s a producer who knows very well what he is doing and is not afraid to go his own way. In my review of his Does not Exist album, I said it would be interesting to see where we’ll go next in the Trevor Something saga, and I’m glad to report he seems to have accepted the challenge – and delivered too. 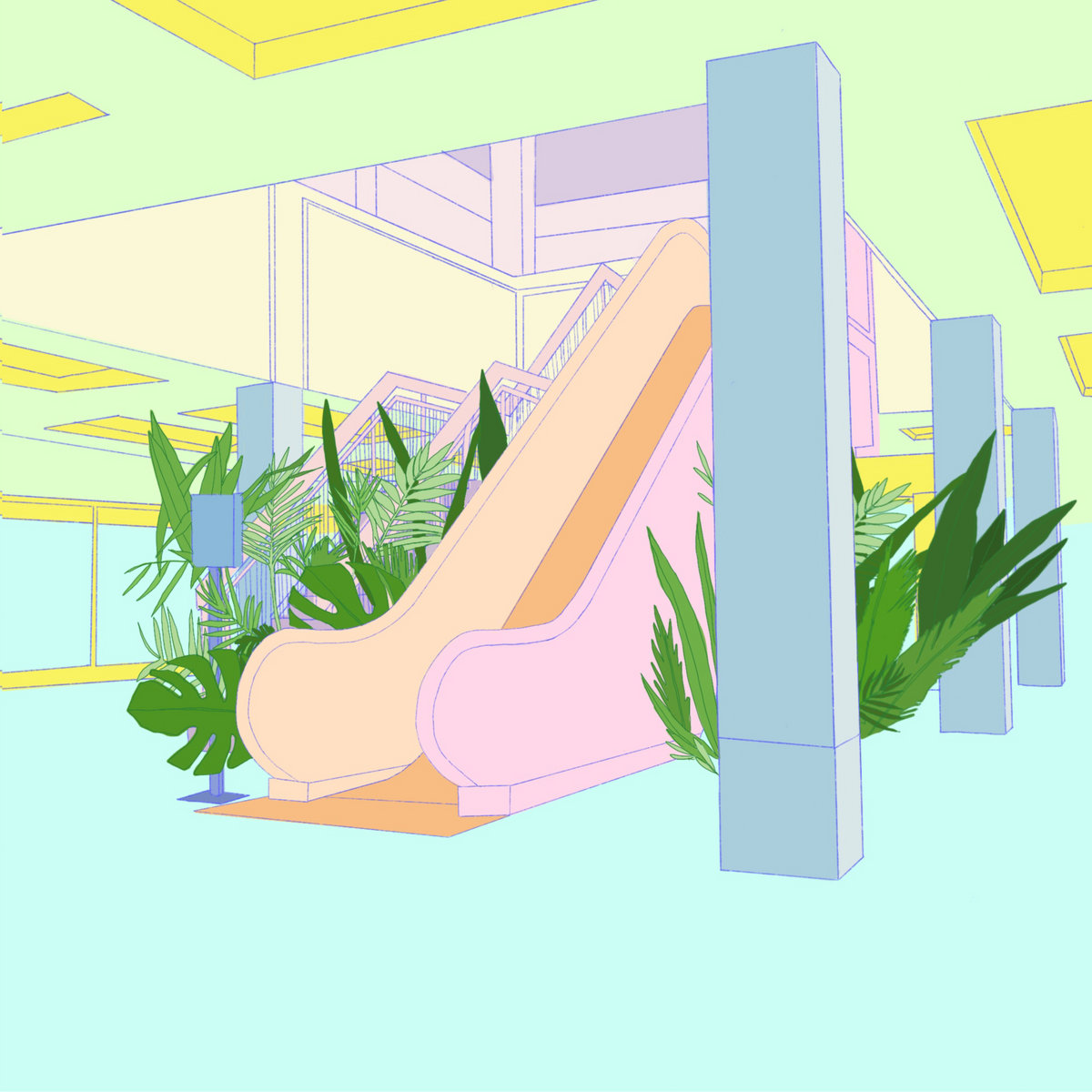