World War II. Europe is in turmoil. Germany is on the rampage, fueled by the poison doctrines of Nazism and the fire of hatred. The world stands in the shadow of one man… one despicable tyrant… Adolf Hitler.I’ve met the man who took

World War II. Europe is in turmoil. Germany is on the rampage, fueled by the poison doctrines of Nazism and the fire of hatred. The world stands in the shadow of one man… one despicable tyrant… Adolf Hitler.

I’ve met the man who took him out.

His name was B.J. Blazkowicz.

Portrait of an American hero. Bloodied but unbowed. And packing one hell of a shooting iron.

Wolfenstein 3D is the game that changed everything. It is the ancestor of the modern, true first-person shooter. Developed by id Software and released in May 1992, this groundbreaking MS-DOS adventure set a precedent for years to come. One of many games distributed using the shareware method, Wolfenstein 3D was distributed in truncated form (in this case, the first “episode” of six total). Interested parties could obtain it very cheaply on floppy disk, or they could download it using a BBS service (the Internet’s older, more conservative cousin). The shareware model was repeated with later games, notably id’s legendary follow-up, Doom. Easily one of the baddest-ass pieces of cover art from the shareware era. Ripped and howling, B.J. exults in the bloody demise of yet another Gestapo goon. He fires his unthinkably massive chaingun in a physics-defying display of all-American fury.

In 1991, John Carmack and id Software (yes, the “id” is all lowercase) had developed Catacomb 3-D, a well-received and innovative attempt at 3D gaming. While it wasn’t a true first person shooter, it achieved something that game developers had been stabbing at for years: a decent representation of 3D space. The engine used a rendering technique called ray casting to create a “pseudo-3D” point of view. To avoid giving you a colorless technical essay, what the engine does is translate a 2 dimensional (think “top-down” view) map into what looks like 3D. The engine had limitations, namely that the entire map had to be the same elevation (no stairs, platforms, etc), so it wasn’t really “true” 3D… id would get closer in 1993 with Doom. Nonetheless, it was still an incredible representation of 3D graphics, and the team decided to reuse the engine to make a more action-oriented title. Castle Wolfenstein, a 1981 software title by Muse Software, had let its trademark lapse, and id decided to rework it using Carmack’s engine. The engine rendered quickly and ran well on machines with average processing power, which freed up resources for other aspects of the game to shine. The sprite-based graphics weren’t revolutionary in themselves, but the way they were used certainly was; while static objects had only one sprite, the enemies had multiple angles from which you could see them, and had well-animated attacks and movement. The overall visual theme is purposefully lighthearted and cartoonish, to offset the serious tone of the story. The game’s audio made good use of the sound cards of the day (namely the Sound Blaster series), and you could enable sound effects through the PC speaker as well. The music is written by Robert Prince, who is mostly known for his work on the original Doom and Commander Keen games. While it isn’t quite as iconic as his scores for those games, Wolfenstein’s music is pulse-pounding and ominous.

an animation illustrating how raycasting translates 2 dimensions into 3. Public domain image, but credit and thanks to Wikipedia user “LucasVB.”

I was nine when this game fell into my lap. My father’s job for the airline involved a lot of computer work; for lack of a kinder way to say it, he worked with some straight-up nerds. We’re talking the good old fashioned kind of tech-geeks. Good people! One of his co-workers sent him home one day with a set of blue 3.5 inch floppy disks. They bore the cryptic, vague label “WOLF3D.” My first thought as a nine-year-old boy was, “oh wow, a werewolf game. And in 3D!” I enthusiastically thanked my dad and ran to our IBM 386 to install the mystery game. Needless to say, there were no werewolves, but I still wasn’t disappointed in the least. I played the entire first episode through in one day.

MS-DOS: the operating system you had to ask nicely before it would do anything for you.

In Wolfenstein, you play as B.J. Blazkowicz, a US Army Ranger sergeant captured by the Nazis while investigating something called “Operation Eisenfaust.” At the start of the first episode, you’ve disarmed a guard and set yourself free from your prison cell in Castle Wolfenstein. The first episode chronicles your escape from the castle. This effort culminates in a showdown with the massive Hans Grosse. In the second, you discover that Eisenfaust is real and set out to stop it. You fight your way through hordes of undead “mutant” soldiers to face down Dr. Schabbs, the crazed, syringe-wielding doctor behind the project. In the third episode, “Die, Fuhrer, Die!” your mission is nothing less than to kill Hitler. This not only involves making your way through his private stronghold, but also defeating his many floating clones and destroying his battle-mech armor. The final three episodes form a series of prequels to the first three, revolving around the Giftkrieg, or “Poison War.” Your first target is another mad scientist, one who dresses a bit more like a military man: Otto Giftmacher. In the fifth episode, “Trail of the Madman,” you’re after secret plans that just happen to be safeguarded by Hans’ sister, Gretel Grosse. Finally, B.J. confronts General Fettgesicht, the man behind the entire poison plot.

The game is playable using the keyboard and the mouse, though the mouse’s functionality is crude compared to later FPS games. You move through a complex set of dungeons and other complexes, collecting plundered treasure and capturing weapons to use against your vile Nazi foes. Brown-shirted soldiers, beefy Schutzstaffel officers, and even zombies with torso-mounted rifles are scattered throughout the game waiting to finish you off for the glory of the Reich. You start with a simple pistol, 8 bullets, and a knife. Not to worry; dead Nazi scum are very generous with their kit. The SS guy drops a submachine gun, and if you’re thorough, you can find a massive machine gun that tears through enemy soldiers (and ammunition as well). With a max capacity of 99 bullets, resource management plays a significant role in both surviving and winning. Many of the levels feature puzzle elements, as well as secrets that only a canny and attentive player will find (including a secret level in each episode, one of which is full of Pac-Man ghosts). Both your health percentage and B.J.’s animated mug shot on the status bar show you your current condition; to regain health, you can use anything from med kits to dog food. The bosses present a significant threat, and Hitler himself is particularly daunting. However, if you’re quick and patient, you can bring even the Fuhrer down once you’ve figured out his behavior. Wolfenstein’s Nazi imagery caused notable disquiet in Germany, where the game was initially banned due to laws prohibiting such symbols in media. When ported to the SNES, the game had the Nazi imagery (but not the Nazis themselves) removed. Elsewhere in the world, Wolfenstein received lukewarm criticism for its modest (by modern standards) levels of violence, but no controversy adversely affected its sales or popularity. It’s hard to keep down an innovative, revolutionary 3D game… especially when it’s a game that involves killing Hitler and ending the Reich.

In the direct sequel, Spear of Destiny, B.J. returns to reclaim a powerful relic from the Nazis: the spear that pierced the side of Christ on the cross. Few if any changes were made to the game engine itself; a handful of new sprites were added, and Spear of Destiny plays as one long episode instead of six smaller ones. It is considered slightly more difficult than its predecessor, and builds on the Nazi/occult theme established therein.

As I mentioned earlier in the article, Wolfenstein 3D is often hailed as the first big step toward the now-familiar first person shooter format. It established a standard in both form and quality; id Software and other companies would compete afterwards, releasing a slew of titles that gradually added improvement after improvement to the original concept. Notably, id’s Doom broke even further ground for FPS games in 1993, and their dominance of the genre continued with 1996’s Quake. The Wolfenstein franchise itself saw new life in 2001, when Grey Matter Interactive released a technologically updated reboot that launched a new series of titles. No matter who (or what) you are, it’s important to remember your roots… your origins. Games like Call of Duty and Borderlands, while certainly works of wonder in their own right, can’t help but look up at granddaddy Wolfenstein, smile, and nod respectfully.

Until next time, RetroManiacs! I had a blast writing this one up, and I hope you’ll enjoy it as much as I have. 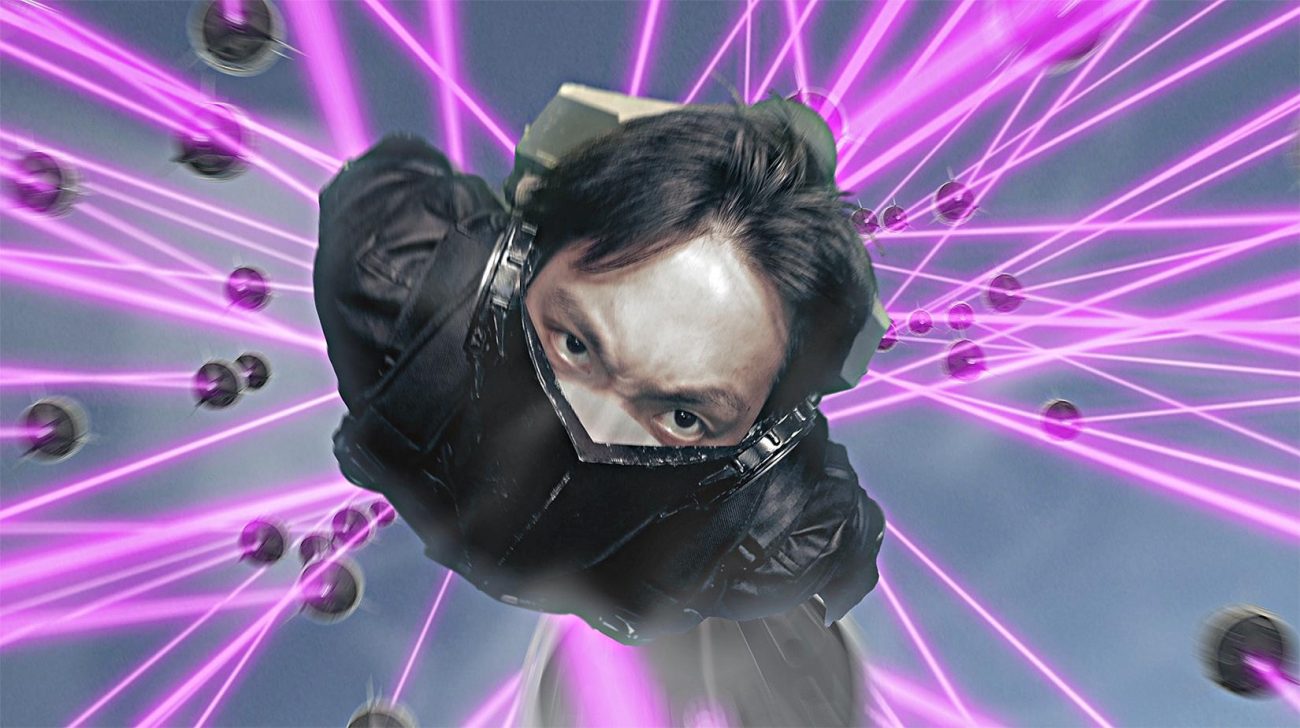