From the decade that brought you the video arcade and made wood panels a household thing (if you had a house). The same decade that made things somewhat popular that we now look back on like they were golden fleeces. One of those recurring 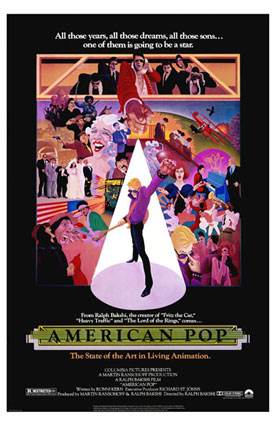 From the decade that brought you the video arcade and made wood panels a household thing (if you had a house). The same decade that made things somewhat popular that we now look back on like they were golden fleeces. One of those recurring fads from back then was … Musicals.

Yes. Singing and dancing and all that jazz; pomade and tap shoes; documentaries about actual musicians and two films from a little thing named Prince.

Okay let’s get Purple Rain out the way. My beer is getting warm.

“Oh no; You’re not talking about Purple Rain in the proper tone.” – You bet your ass I’m not.

The best film featuring Prince and the only one of his films not directed by him (what a coincidence). Conceived by himself and written by Albert Magnoli & William Blinn. Purple Rain stars “you know who” with his best backup band to date playing his classic songs. Best part is The TIME. Basically it’s not the greatest musical you can list nor even a great one. P.S. Don’t see Graffiti Bridge!

Now that’s out the way, we can look at some musicals worth your time.

– Produced & Directed by the great Ralph Bakshi (Fritz the Cat, Coonskin, Fire and Ice, Wizards, Lord of the Rings) and starring Ron Thompson. The majority of the films animation was completed in rotoscoping while other parts were done using water colors, live-action shots, and archival footage. American Pop follows four generations of Russian Jews living in America as their lives and careers parallel the history of American popular music. Worth your time and definitely something to own in your collection. – The godfathers of Hip Hop dance movies. Funny story: When hip hop was just starting as a localized sub-culture stirring up pop culture, Orion Pictures was developing a film about a group of friends living in the Bronx, where each member would represent a different element of the culture, called Beat Street. Hearing rumors of the project moving past preproduction the brothers Golan & Globus wanted to be the ones to make the first Hip Hop movie but focusing more on Breakdancing. Both films were released pretty much around the same time and BREAKIN’ beat out Beat Street at the box office and ushering in the breakdance explosion all over the country. Breakin’ had the dancing and the optimism. Beat Street had some grit and gravity to it. One had rapping Santa Claus’ and the other had Lucinda Dickey. One had an early ICE-T in a studded belt and the other had a SPIT. Both are worth your time. But, stay away from RAPPIN’(1985), Body Rock (1984) and Rooftops (1989). – The reason Kevin Bacon doesn’t like going to wedding receptions, dances, baby showers, or any of that. Why? Because some DJ is going to spot him and mix in Kenny Loggins’ “Footloose” and everyone is going to clap their hands and stare at Kevin Bacon. Yes as long as there’s on-campus housing, people will be into Footloose. Maybe not as much as Dirty Dancing but it’s pretty much a part of our pop culture history. Starring Kevin Bacon, John Lithgow, Lori Singer, Dianne Wiest and Chris Penn. Directed by Herbert Ross. If you’re an alien and have never seen it it’s worth a drunken viewing. See also: Dirty Dancing (1987), Flashdance (1983), Fast Forward (1985), Girls Just Wanna Have Fun (1985), SALSA: the motion picture (|1988). – a Romantic, Musical, Comedy Film, are all the things that no one thought could be made by John Waters in 1988. John Waters the “king of Bad Taste”, the “pope of trash”, who brought us such films as: Pink Flamingos (1972), Female Trouble (1974), Polyester (1981). Hairspray was the first film to star future talk show icon Ricki Lake and the last film featuring Waters’ star phenomenon DIVINE. When first released, Hairspray only took in an honest $8 million dollars at the box office but with the help of VHS and DVD has become a cult classic and a successful Broadway Musical. See Also: Earth Girls Are Easy (1989), Cry-Baby (1990). – Walter Hill and company after the success of 48Hours got together again to work on a passion project. A rock & roll summer action movie with music and neon lights; and chicks; and bikers; and Bill Paxton. Streets of Fire was a mix of retro-50’s with 80’s elements. Starring Michale Pare (Eddie & the Cruisers, Bad Moon), Diane Lane (The Outsiders, The Cotton Club), Rick Moranis (Honey, I Shrunk the Kids, Ghostbusters), Willem Dafoe (The Loveless, Live & Die in LA, Wild at Heart, Light Sleeper) with a plethora of who’s who before they were who you know them and co-starring Lee Ving the frontman for Los Angeles punk band FEAR. A failure at the box office put the brakes on any sequels but the soundtrack gave the film a cult following. See also:  Dick Tracy (1990). – It didn’t make any money at the theaters but, so what. Based on the novel by P.F. Kluge and marketed with the tagline: “Rebel. Rocker. Lover. Idol. Vanished.”. Starring Michael Pare, Tom Berenger (Platoon, Major League, Sliver), Joe Pantoliano (The Matrix, Sopranos) and Ellen Barkin (Diner, Johnny Handsome, Drop Dead Gorgeous). The perfectly lip-sync’d movie went south while its soundtrack went quadruple platinum after successful screening on HBO in 1984. See Also: Light of Day (1987), Satisfaction (1988). – Adapted from a Broadway Play of the same name by playwright and director Luis Valdez. Starring Daniel Valdez and Edward James Olmos, both reprise their stage roles for the film. And like the play features music by Daniel Valdez and Lalo Guerrero. The story of set around the real life events of the Sleepy Lagoon Murders and the Zoot Suit Riots, tells the story of a young pachuco gang leader who gets unfairly pinched for a murder in Los Angeles during the 40’s. The film was nominated for a Golden Globe for Best Motion Picture – Musical or Comedy; only to lose to Arthur starring the late Dudley Moore. Edward James Olmos later went on to co-star in Ridley Scott’s Blade Runner. See Also: Victor Victoria (1982), Fame (1980), Pink Floyd’s The Wall (1982).