Fred Perry the well known UK clothing brand for casual and sportswear has just launched a one-off line of gear inspired by the 80's arcade classic Space Invaders and will definitely catch your retro-interests. 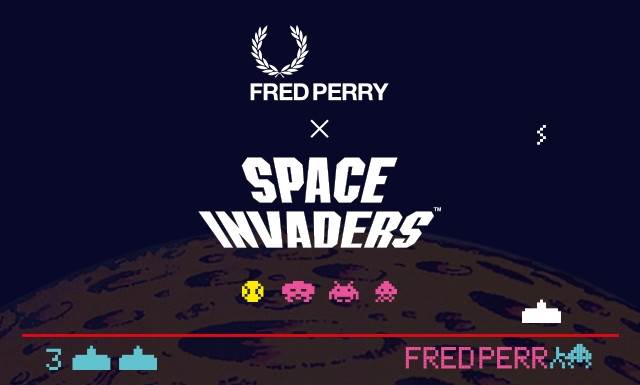 Fred Perry the well known UK clothing brand for casual and sportswear has just launched a one-off line of gear inspired by the 80’s arcade classic Space Invaders and will definitely catch your retro-interests.

Space Invaders (スペースインベーダー Supēsu Inbēdā?) was an arcade video game developed by Tomohiro Nishikado and released in 1978. Originally manufactured and sold by Taito in Japan, but later licensed for production in the United States by the Midway division of Bally.  The crude blips and bonks and boops of this game are still recognized by many and still enjoyed as one of the building blocks of what is now video game culture.

And now the Fred Perry Capsule collection have used their wits and combined the characters of Space Invaders and splashed them across the Fred Perry style. It’s retro-casual. Imagine getting together with your friends for some drinks on Saturday before running into a street fight with this smart gear on. Kick off will never be the same and you’ll look like a boss at the next donnybrook. Track tops, trainers and polos decorated with the trademark Fred Perry logo and the Space Invaders laser cannons, aliens and fonts.

The full collection has been available to buy online from Fredperry.com and other online vendors as of Monday 24th February 2015.