VOID VISION - SUB ROSA Mannequin Records (2014) Review by Sam Haine –             I’ve been following Void Vision as a fan since 2007/2008. From the days of seeing an earlier incarnation performing at Digital Ferret when it was a full band and observing with time the evolution into the stripped down eargasm 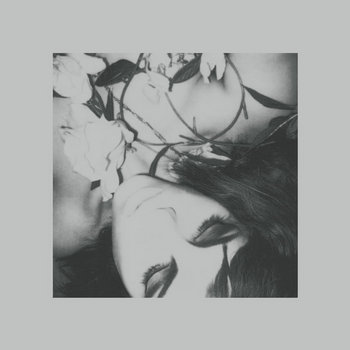 Review
by Sam Haine –
I’ve been
following Void Vision as a fan since 2007/2008. From the days of seeing an
earlier incarnation performing at Digital Ferret when it was a full band and observing
with time the evolution into the stripped down eargasm it is today. Even as I
write this out, hanging on my wall is Void Visions “In 20 Years” 7in single that
I purchased after seeing a performance down in the L.E.S. So, it’s no surprise
that I am excited to finally be able to sit and listen to the new full length album
just released on Mannequin records entitled “Sub Rosa”.

Shari Vari, the one
woman femme fatale of symphony is here at full power with ten tracks worthy of
either the dance floor or the bedroom and both. She is a multi-talented artist
with an exceptional and unique vocal capability. Her music isn’t wishful
thinking to an earlier time; instead it is possessed by it, and pushes it
forward without cliché or pretention. It is synthesized foreplay, both
liberated and consolidated.

The opening song, “One”
with its pulse that will cause you to sway like a virgin on the dance floor just
before Shari’s vocals both seduce and hook you in. “Everything is Fine”
continues the momentum and relishes in the atmosphere and the tension that the
production creates. “The Hidden Hand” is damn near poetry in motion as well is “Sour”
with its imagery of a love affair broken. “To the Sea” is probably my favorite
track, both on record and performed live. The song itself immediately makes me
dream of a couple dressed for a black tie affair dancing in a slow almost tango
like waltz on a moonlit beach. “Slow Down” is an instrumental track that
invokes both the darkness of Depeche Mode and the suspense of early Dario
Argento films. If love were a fist it couldn’t be better defined than it is in
following track “Vulgar Displays”, before all bets are off and burned away with
the liberating “The Source”. Included is an extended version of “In 20 Years”.
And the journey ends with the hypnotic and haunting kiss off, “Queen of Hearts”.

If you ever have the opportunity to see Void
Vision live I recommend it.
Void Vision – https://www.facebook.com/voidvision