REMEMBER THIS…GWAR’s Phallus In Wonderland by Sam Haine  R.I.P. Dave Brockie (Oderus Urungus)             I bet you didn’t think I was going to take you here this Halloween. Well, I guess you were wrong in all the right ways you could be. Because before Mushroomhead, Slipknot, ICP came on the scene 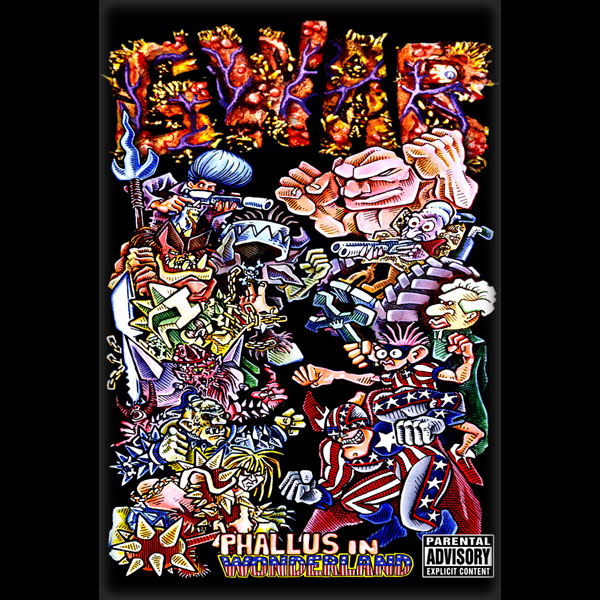 R.I.P. Dave Brockie (Oderus Urungus)
I bet you didn’t
think I was going to take you here this Halloween. Well, I guess you were wrong
in all the right ways you could be. Because before Mushroomhead, Slipknot, ICP
came on the scene and way before Wes Borland started dressing up like Kung Fu
Skeletor, there was Gwar.
Gwar
formed in 1984, they are a thrash
band from Virginia comprised of a rotating line-up of musicians, artists and
filmmakers from Slave Pit Inc. They are known for their elaborate and often
grotesque appearances and sadistic stage performances. “Imagine a gumbo soup of blood, brains, Cthulhu, Barbarella, Snuff-porn
Conan the barbarian, Guardians of the Galaxy, Luke Skysquirter, Skate metal and
political and social satire.” If you are lucky enough to attend their shows
then you are in possession of fond memories of celebrities being fed to worms,
disembowed and beheaded like Oklahoma beauty queens; all these things while
being splashed on the face Peter North style with more fluid than a Gallagher
show. They were ugly; they were funny; their songs were really damn good and
unforgettable.
The
Grammy nominated Phallus In Wonderland was their first full length film. It
depicts the conflict between Gwar and The Morality Squad after the castration
and theft of  Oderus Urungus’ Cuttlefish
of Cthulhu. The Morality Squad consisting of a group of overtly hyper-sensitive
knee jerky hypocritical stereotypes that today can easily be any of your
favorite Fox News & MSNBC personalities: Corporal Punishment, Grambo, Tiny
and we can’t forget the viscous filled Father Reverend Bohab. This piece is a
musical. Sprinkled throughout this near hour long art piece are the romantic
and beer sex inducing songs such as ‘Crack in the Egg’, ‘Have You Seen ME?’, ‘The
Road Behind’, ‘The Morality Squad’, ‘Gor-Gor’ and ‘Ham on the Bone’.
This
is a musical.
Starring:
Oderus Urungus, Beefcake the Mighty, Balsac the Jaws of Death, Jizmax the
Gusher, Sexecutioner, Slymenstra Hymen and Sleazy P. Martini. With a cameo
appearance by Gibby Haynes of the Butthole Surfers.
October
is here, which means you’ll be filling up to the gullet with beer and getting
ready for Halloween. I encourage, hope, and suggest this become the soundtrack
to this year’s festivities and debauchery. In fact you should all watch this
before heading out into the night and creating your future romances with the new
Trevor Something album or Timecop1983’s recent release, just like I plan to do
this month.

So light your candles this month. Leave
some food on your porch. Remember to join in the festivities on Mischief Night.
And like every month keep your finger pressed down on that Rewind Button.